Body fixation can only end badly 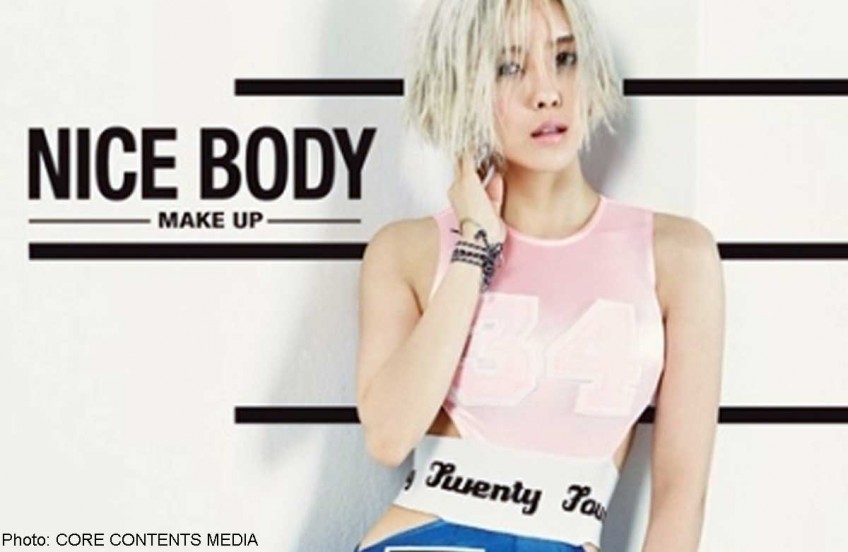 After listening to Hyomin's song Nice Body, the first thought that came to mind was: Man, am I glad my only child is a boy!

My three-year-old son happens to be a huge fan of T-ara - the gorgeous K-pop sextet of which Hyomin is a member - and he's had endless fun dancing to their sprightly ditties like Bo Beep Bo Beep, Roly Poly, and Number Nine.

Ironically, it is precisely the lyrics of Hyomin's Nice Body that made me frown.

What if I had a K-pop fanatic daughter ready to worship her idols' words?

Would she be inspired to starve herself to look especially slim, which is what Hyomin advocates in Nice Body?

NOT JUST A SONG

I can see some of you saying that it's okay, it's just a song. Well, it's NOT okay. Crash diets are dangerous.

Do you want your children to have the false impression that love is only for the thin? (A terrible impression we all know is untrue.)

More girls - of all ages - should know that there are men who adore women with curves, women who are healthy and happy.

The consequences of poor self-image is well known. Should we put up with those who put forward ideas that could start feelings of insecurity over physical image? Insecurity that can start the downward spiral of low self-esteem, eating disorders, depression... The list goes on.

Given that Hyomin is a role model to legions of youngsters, her solo debut is, sadly, disappointing and ill-considered.

T-ara remains my son's favourite pop group, but don't bet on me including Nice Body on our YouTube favourites playlist. He might be a boy, but that doesn't mean he should live in Hyomin's realm of superficiality.