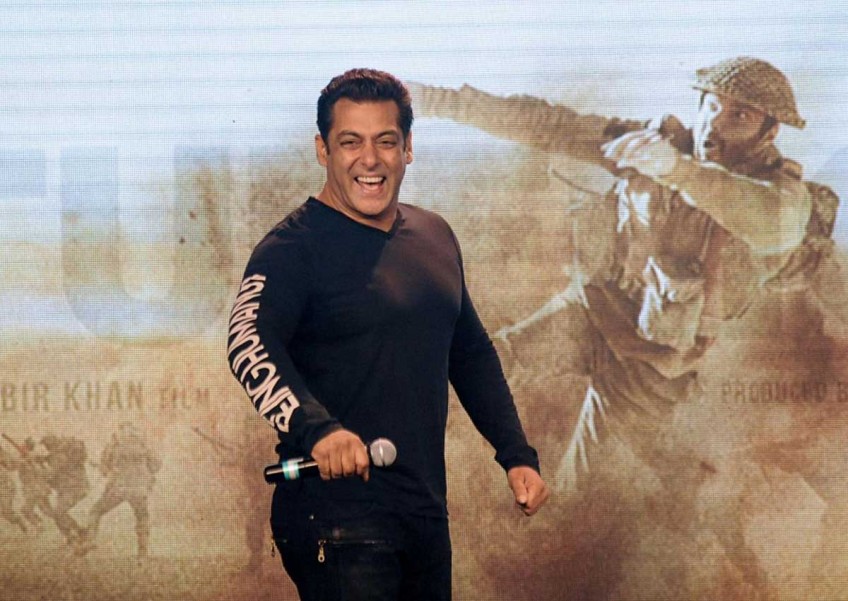 It is something of a tradition in the Hindi film industry for Khan to star in the big release of the Eid holiday to mark the end of Ramadan, which this year is expected to fall on Monday.

However this year's "Tubelight", a drama set during the 1962 India-China war, is unlikely to do quite as well, according to movie critic and Bollywood trade analyst Taran Adarsh.

"#Tubelight rests on a thin plot... Screenplay lacks the power to enthral and mesmerise... Emotions plenty, but few moments stand out..." he wrote on Twitter.

Adarsh added that it would still have an "awesome" weekend at the box office due to Monday's holiday and Khan's star power, but doubted it would eventually make three billion rupees ($46 million) internationally, the benchmark for a major hit.

"Tubelight", an adaptation of 2015 American movie "Little Boy", is Khan's fourth straight Eid release and his seventh since 2010.

Khan - never far from controversy - enjoys a cult-like status in star-obsessed India, particularly among young men who regularly stand outside his house in Mumbai hoping to catch a glimpse of the superstar.

The 51-year-old body-building actor has successfully shaken off numerous scandals during his career to become one of Bollywood's most bankable stars.

He sparked uproar shortly before Sultan hit screens by saying his heavy training schedule for the film, in which he played an ageing wrestler, left him feeling "like a raped woman". The movie made around 5.8 billion rupees globally.

In 2015 Khan was cleared of killing a homeless man in a hit-and-run more than a decade earlier. That decision is now being challenged in the Supreme Court.

Indian authorities are also challenging a court's decision to acquit him over the illegal use of firearms to kill endangered antelopes in 1998.