Bowie's modern art collection to be sold at auction 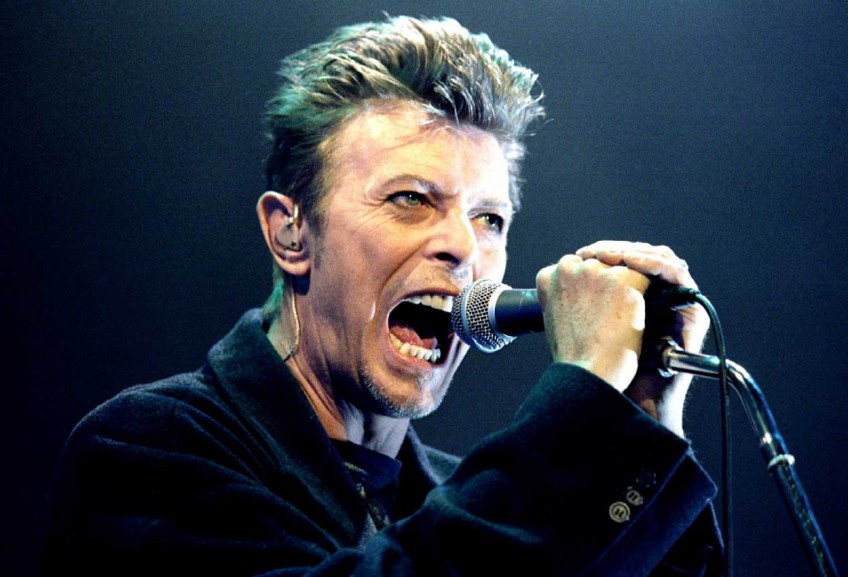 British Pop Star David Bowie screams into the microphone as he performs on stage during his concert in Vienna February 4, 1996.
Reuters

The auction house said that around 400 items from Bowie's private collection would go on the block in a three-part sale on November 10 and 11.

Among the most valuable is the 1984 painting "Air Power" by Jean-Michel Basquiat, the New York artist whose street-inspired and often politically charged work found an international following before his death from an overdose in 1988 at age 27.

Bowie was a prominent champion of Basquiat's work and played the role of pop art icon Andy Warhol in the 1996 biopic "Basquiat." Sotheby's estimated the painting would fetch 2.5 to 3.5 million pounds (S$4.4-6.3 million).

About half of Bowie's collection consists of pieces from some of Britain's most acclaimed 20th century artists including Damien Hirst, Frank Auerbach and Graham Sutherland.

Sotheby's plans to display the Bowie collection in London from July 20 to August 9 before it goes on tour to Los Angeles, New York and Hong Kong ahead of the auction.

Bowie as a collector enjoyed exploring so-called outsider art - the genre of work by psychiatric patients and others outside of the established artist sphere - and also sought out contemporary African art.

Bowie was also an avid collector of design pieces and amassed works by Italian artist Ettore Sottsass and his Memphis Group, which brought sleek, pop cultural aspects to office furniture and equipment.

Bowie himself was widely considered one of the most influential musicians of the pop era, creating the glam genre before pursuing soul, disco, electronica and more abstract forms.

Born in London but a longtime resident of New York, Bowie died on January 10 - two days after the release of his final album - at age 69 after an undisclosed battle with cancer.