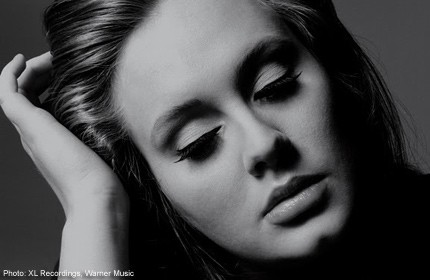 LONDON - British singer Adele has accepted a five-figure sum in damages on behalf of her two-year-old son from a paparazzi agency that took photos of his "milestone moments", her lawyers said on Wednesday.

Adele, 26, and her partner Simon Konecki had brought legal action against Corbis Images UK, arguing that it had no right to intrude upon everyday family occasions such as their son Angelo Adkins' first trip to play group.

In a statement read out at the High Court, their lawyer Jenny Afia said that Adele "accepts and even embraces her public profile" and acknowledges how the public and press helped make her an international star.

"But she is emphatic that her two-year-old son Angelo is not, and must never be, 'public property'," said Afia.

"It is a matter of profound sadness that many of his milestone moments, such as his first family outing and his first trip to play group, were photographed and published worldwide expressly against his family's wishes."

Corbis, which operates as Splash News and Picture Agency, has offered to pay a "five-figure" sum in damages and legal costs to Angelo and agreed not to use the pictures again, said law firm Schillings, which represented Adele.

The money will be held in trust for the little boy to fund any further legal action "where necessary", the lawyers said.

Her follow-up album "21" won six Grammys in 2012 and the following year she won an Oscar for the James Bond movie theme tune "Skyfall".

The Londoner guards her son's privacy so closely that for months after his birth she would not even disclose his name in public.