Hong Kong martial arts films hold a similar position in local film culture as the Western does in the US — a phenomenal number of them were produced, they can be turned to almost any theme or storyline, they can be highbrow or lowbrow, and they represent the concerns and aspirations of the audiences who watched them.

Later, master choreographer-turned-director Lau Kar Leung continued this approach by choosing to depict as many southern styles of kung fu as he could, adapting them so they looked good on the screen, but keeping their essence intact so they would be preserved for posterity.

Martial arts films described Hong Kong life as well. Local cinema is often called "reflective", which means that it reflects the general environment of Hong Kong. So the Cantonese-language martial arts films of the 1950s and early 1960s are somewhat polite in nature, reflecting a local culture that had been quietened, but not extinguished, by its colonial status.

Then the Colour Wuxia Century films, spearheaded by the Shaw Brothers Studio and led by the prolific directorial genius Chang Cheh, tapped into the feelings of the "angry young men" of the late 1960s with films like One-Armed Swordsman. Chang's Vengeance! was directly inspired by the 1967 riots in Hong Kong, he said.

Bruce Lee's charisma and novel martial arts skills made him an international star in the early 1970s, but at home his films reflected a rising tide of Chinese nationalism that was rejecting the idea that China was "the sick man of Asia".

Similarly Jackie Chan became famous for his comedic martial arts skills and daring stunts abroad in the 1990s, but at home, part of his appeal was down to his expression of the hard-work, tenacity and "willingness to have a go" that were hallmarks of the city's residents in the 1980s.

Conversely, the martial arts boom of the early 1990s was all about China, and it channelled worries about both Tiananmen and the looming Hong Kong handover.

The films of Tsui Hark, the prime mover of 1990s Hong Kong filmmaking who often featured in our columns, were often shot in mainland China, and reflect a culture which was thinking hard about how it would coexist with its new masters.

Some have even argued that the gender confusion of Tsui's transsexual villain Asia the Invincible reflects a wider confusion about colonial Hong Kong's relationship with the mainland.

Hong Kong martial arts films have also made the city famous abroad. Bruce Lee, whose popularity with the readers of our column shows that his appeal has not dimmed, catapulted local films to international fame in 1973, and opened the doors for a kung fu boom in the West.

Foreign audiences did not pick up on his Chinese nationalism, but were attracted by the underdogs that he portrayed in films like The Big Boss and Way of the Dragon. Suddenly, everyone knew where Hong Kong was.

The 1970s boom in the US did not last long, but martial arts filmmakers went back to exert an influence over Hollywood in the late 1990s. 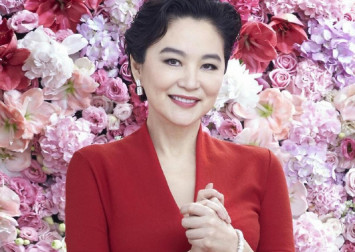 Generally Hong Kong techniques were combined with Hollywood's own way of doing things, and that led to unsatisfactory results.

John Woo, who learned how to craft action during his time as Chang Cheh's assistant director, was the talk of Tinseltown at the end of the 1990s, and many there tried to copy his style. But Woo's own career in the US sputtered out.

Jackie Chan was more successful, straddling Asia and the US in the late-1990s with hits like Shanghai Noon. Chan, for better or worse, became the face of Hong Kong as far as foreign viewers were concerned.

But it was Hong Kong choreographer Yuen Woo Ping who made the greatest mark on the West, by directing the martial arts scenes of the first three instalments of The Matrix trilogy. Yuen's acrobatic northern-style martial arts skills and his "wire-fu" techniques were a perfect fit for the directors' vision.

Martial arts surfaced at home again in the 2000s, when they were integrated into the big-budget mainland-Hong Kong co-productions of the 2000s, like Woo's Red Cliff — but the genre has since declined.

The city has moved on, few Hong Kong parents want their children to train in martial arts, and the Beijing Opera Schools are now a thing of the past, so the talent pool has shrunk.

But wuxia and kung fu films have been successful on mainland television and as mainland web series, and local luminaries like Sammo Hung Kam-bo have been training filmmakers there.

Sadly, the Hong Kong government, and the Hong Kong literati, have always ignored the city's martial arts films — something that has been lamented by filmmakers like Tsui. The establishment has generally dismissed the genre's many aesthetic, dramatic and cultural qualities.

Nonetheless, Hong Kong's martial arts films have done more to publicise the city abroad than any other of its cultural products — for many viewers in the US and Europe, martial arts films and stars have been their first, and perhaps only, experience of Hong Kong.

As our column has shown, the city's plentiful wuxia and kung fu films are thoroughly Hong Kong, and provide a wide-ranging and rich compendium of the city's unique culture.

In this regular feature series on the best of Hong Kong martial arts cinema, we examine the legacy of classic films, re-evaluate the careers of its greatest sars, and revisit some of the lesser-known aspects of the beloved genre.