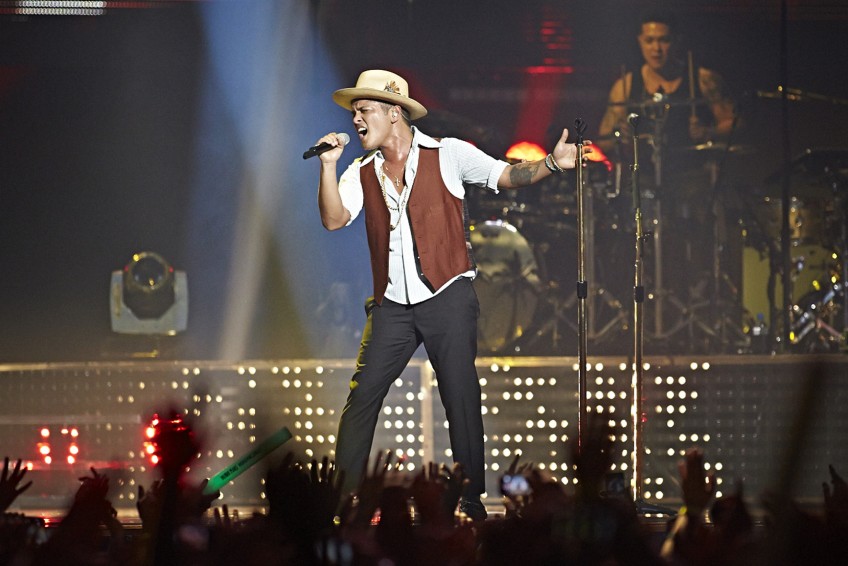 [Update, Oct 19]: Singapore fans will be able to catch Bruno Mars for two nights next year, after organisers added a second show to the Singapore stopover of the singer's world tour. The second night of the concert will be on Monday, May 7, 2018 at 8pm.

Tickets are on sale from today.

Grammy award-winning singer Bruno Mars will be returning to Singapore on May 6 next year for a one-night performance at the Singapore Indoor Stadium.

The 32-year-old is currently on The 24K Magic World Tour, which has seen the star perform in Europe, North America, and Australia so far.

He last performed in Singapore in 2014. For his upcoming concert here, audiences can expect him to belt out popular hits such as Versace on the Floor and That's What I Like.

Tickets for The 24K Magic World Tour will go on sale on Oct 19 at 10am via www.sportshubtix.sg. Prices start from $168.