BTS 'Burn the Stage' beats out One Direction in US theatres

Indonesia and Philippines reportedly made huge contributions to this figure, with over 100,000 admissions in each country.

The film debuted at Number 10 in the US box office, raking in US$3.6 million thus far. It also claimed the sixth spot in the UK's weekend chart, generating $830,000. The current worldwide gross stands at $14 million. 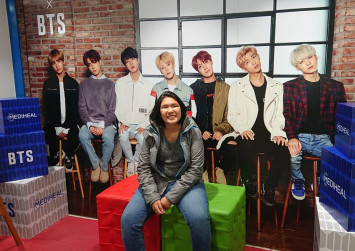 Burn the Stage: The Movie shows the band performing on their 19-city Wings Tour in 2017. Produced by Big Hit Entertainment and Camp Entertainment, it features behind-the-scenes footage and interviews with each BTS member.

This achievement is only one of BTS's numerous milestones this year. Their LPs Love Yourself: Tear and Love Yourself: Answer both debuted at number one on the Billboard 200, and they became the first Korean group to play a US stadium.