Big Hit Entertainment has denied reports that BTS will be releasing a new album in May.

On Tuesday, local media reported that BTS was set to return with new material in May.

The next morning, the band's agency Big Hit Entertainment issued an official statement negating the reports, and clarified that the date of the group's comeback is yet to be decided.

"The specific date will be announced through official routes once it's fixed," the statement read. 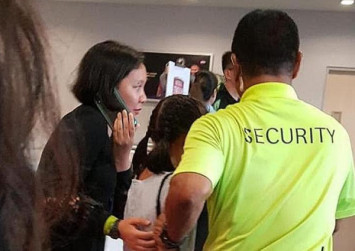 The septet's last release was August 2018's "Love Yourself: Answer." The group has renewed its contract with the label in October for the next seven years.

The album has remained on the Billboard 200 for 22 weeks straight. The other two albums of the "Love Yourself" trilogy, "Her" and "Tear," also ranked No. 2 and No. 3 on the US-based magazine's world albums chart.

BTS is stopping by Hong Kong in March, Thailand in April for its "Love Yourself" concert tour which kicked off in Seoul in August.