South Korean superstar boy band BTS may have scooped nine awards - including the grand prize of Album of the Year - at the Mnet Asian Music Awards on December 4, but what really got the audience talking was band member Jin's speech about the K-pop industry's use of sajaegi , or chart manipulation.

"How about creating music using more honest means? I wish for the advent of an era in which everybody makes and appreciates good music," he said after BTS won Song of the Year at the awards.

Chart manipulation refers to unethical methods to boost a record's chart ranking online, such as the use of algorithm-driven bots to repeatedly stream songs on devices - artificially boosting the number of times a song has been played.

According to a photo of a sheet with cost estimates posted on social media by a person in the entertainment industry, it supposedly costs 250 million Korean won (S$285,000) per day to keep a song in the top 50 of a music chart.

Sajaegi is widely believed to be common in the industry, as artists who remain highly ranked on the charts will be paid handsome sums to headline events and music festivals.

Under Korean law, an individual caught committing such malpractice can face up to two years in prison or 20 million won in penalties. However, no names have been directly associated with the act, as investigations into the matter have fallen short of producing any hard evidence of such crime.

In 2015, in a scandal that saw the term trend worldwide, the head of JYP Entertainment - one of South Korea's "Big Three" entertainment labels - revealed that he possessed a recording of someone in the industry admitting to chart manipulation and saying that "six out of the top 10 artists in the music charts" at the time used such tactics.

It was not until this November, four years after the controversy first emerged, that several artists' names were connected with it. Park Kyung, a music producer and member of boy band Block B, sarcastically said on Twitter that he wanted to "hoard up" his songs "like Vibe, Song Ha-ye, Lim Jae-hyun, Jeon Sang-keun, Jang Deok-cheol and Hwang In-wook".

Park quickly deleted the post, but the six artists he named sued him for defamation. And while his label offered a public apology to those artists, Park fired back at their legal action by filing his own set of lawsuits against them for suspicion of chart manipulation.

The cases are ongoing, but there seems to be popular support behind Park and investigations into the sajaegi issue. Fellow musicians have complimented him on social media and two of his songs have re-entered the charts, where they have performed well.

Fans also want to get to the bottom of the controversy after years of being left in the dark.

"I became convinced that there was manipulation because these artists that no one near me ever heard of suddenly appeared at the top of the music charts," says Choi Mun-geun, a 27-year-old receptionist from Paju.

He pointed to how songs from artists Shaun and Nilo unexpectedly hit No 1 in 2018. They became the subjects of the first major investigation concerning chart manipulation, as their songs beat out other, more popular K-pop groups on their way to topping the charts.

The culture ministry eventually dropped the case, announcing that it was "difficult to spot any real evidence of chart manipulation." A ministry representative told local media that it was "hard to differentiate between manipulation and concentrated streaming by fans".

As the head of Barun Music Cooperative, Shin Dae-chul is dedicated to protecting Korean musicians' interests. He explains that the policies of music streaming sites make it difficult to obtain evidence of chart manipulation.

"These sites don't reveal data on record earnings, what they call the 'secrets' of their operation," Shin says.

He explains that if an investigator was able to access this earnings data, they would be able to know what songs were repeatedly streamed, and in what time and location.

"However, music streaming sites are unlikely to share this information as the current situation is advantageous for music sites getting extra money from these manipulated streams," Shin says.

A representative from Melon, the most-used music streaming site in the country, says the site "has been taking countermeasures against manipulation tactics by monitoring unusual account behaviour ever since the site created a ranking chart".

The representative added that Melon "has been fully cooperating with the culture ministry and other organisations when they have asked for our user data".

The ministry - and other organisations like the Korea Creative Content Agency, which are assisting in investigations on chart manipulation - would not comment on whether they had received the data they requested from music streaming sites, as investigations are still ongoing.

Read Also
Once a K-pop idol, ex-SKarf member Tasha Low became a sales manager and is now making her comeback 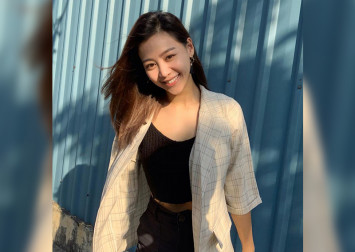 Shin from Barun Music Cooperative - who has been in the music industry for almost 40 years as the leader of Sinawe, one of the country's first heavy metal bands - says "these unethical practices by industry insiders existed way back since 2004, when music first became digitalised".

"People are not questioning others about it, as long as no one questions them," he says.

Jeon Gi-su, an independent artist who has released three digital records since 2015, says he is "not expecting anything big from the music streaming sites" when his new record drops early next year.

None of his previous records have come close to reaching the top 100 of online music charts that are dominated by K-pop acts and artists signed to big labels.

Instead, Jeon says he is looking towards other platforms like YouTube to make profits from his music.

"At this point, I am just accepting the reality of capitalism reigning in the music industry," he says.