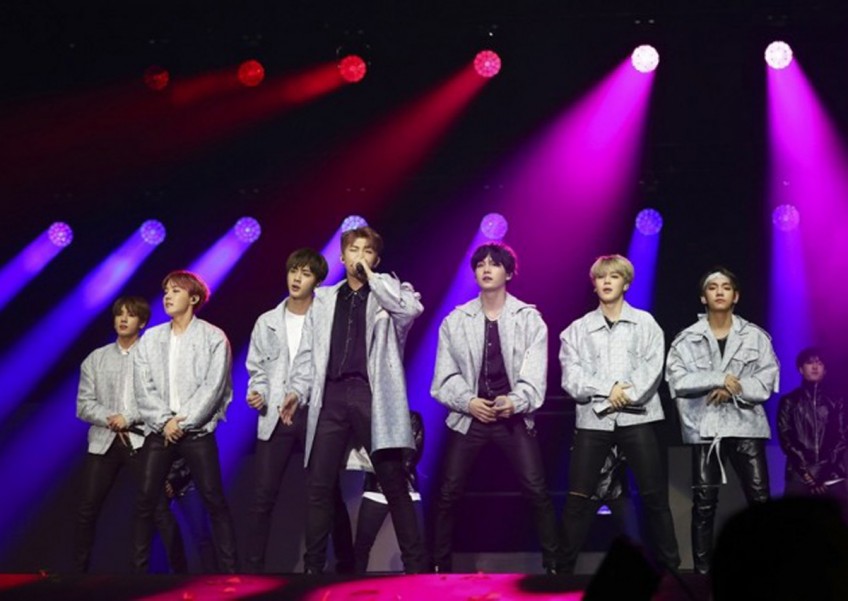 The K-pop juggernaut kicked off the tour in Seoul in February and made its next stops in South America.

The group performed in Santiago, Chile, on March 12 and in Sao Paulo, Brazil, from Sunday to Monday.

The group began its performance with "Not Today" from its latest release "Wings: You Never Walk Alone," followed by hit tracks including "Fire," "Boy In Luv" and "Blood Sweat & Tears."

The members also performed solo and in smaller units for tracks such as "Lie," "Reflection," "Lost" and "BTS Cypher 4."

They conveyed their gratefulness to the audience, describing their fans as "wings" that helped the band to be "flying well."

Hundreds of fans had waited for their arrival at the airports in both Chile and Brazil, with CHV, a Chilean television network, even live broadcasting the arrival.

BTS will continue its tour by heading to North America. It will hit Newark from Thursday to Friday, Chicago on March 29 and Anaheim from April 1-2.