Another record was added to BTS' collection as its member V was named the most handsome face of 2017.

On this year's list, the K-pop superstar cruised to the top from last year's No. 60. His bandmate Jungkook took the No. 13 spot while Jimin reached No. 64.

Jonghyun of SHINee, whose tragic death sent shock waves throughout the whole K-pop scene recently, also secured his spot at No. 27. 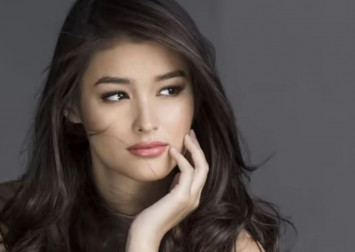 Many Hallyu stars also appeared on the 100 Most Beautiful Faces of 2017 including Tzuyu of Twice who secured the No. 3 spot, following Liza Soberano (No. 1) and Thylane Blondeau (No. 2).

Her bandmate Sana was on No. 21 on the list while Lisa and Jennie were on No. 15 and No. 18 respectively. Former I.O.I member Joo Kyul-kyung, who is currently a member of another girl group Pristin, was on No. 99.

Actresses Lee Sung-kyung nabbed the No. 32 spot while Go Ara and Park Shin-hye were No. 62 and No. 88 respectively.