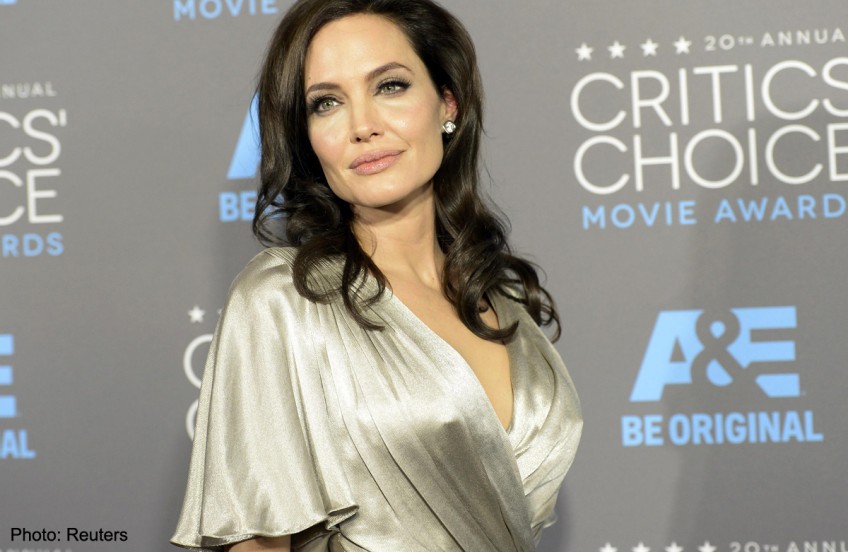 March 24 - Two years after a double mastectomy, actress Angelina Jolie has had her ovaries and fallopian tubes removed to avoid the risk of ovarian cancer, a move cancer experts described as courageous and influential.

The movie director and philanthropist, who is the wife of actor Brad Pitt and the mother of six children, said in an op-ed column in the New York Times on Tuesday that she had the surgery last week after blood tests showed what could have been early signs of the disease.

Jolie, 39, carries a mutation in the BRCA1 gene that increases her risk for breast and ovarian cancer. Her mother died of ovarian cancer at the age of 56.

"My hat is off to her," said Dr. Robert DeBernardo, a gynecologic oncologist at the Cleveland Clinic's Ob/Gyn & Women's Health Institute. "She is doing a lot of good for women worldwide by raising awareness of BRCA testing and options women have."

Jolie said she went public with her decision so women would know about options available to them.

"I went through what I imagine thousands of other women have felt," Jolie wrote. "I told myself to stay calm, to be strong, and that I had no reason to think I wouldn't live to see my children grow up and to meet my grandchildren."

The surgery showed no signs of cancer, she said, but it triggered early menopause, and she will not be able to have more children.

"I feel feminine, and grounded in the choices I am making for myself and my family," said Jolie, who travels the globe as a United Nations ambassador for refugees. "I know my children will never have to say, 'Mom died of ovarian cancer.'"

The Academy Award winning actress, who most recently directed the World War Two drama "Unbroken," said she had a progesterone IUD inserted in her uterus to help maintain hormonal balance and help prevent uterine cancer.

Research showed that her 2013 decision to have a double mastectomy to cut her risk of breast cancer increased demand for genetic testing in what was dubbed the "Angelina Effect."

DeBernardo's colleague, gynecologic oncologist Dr. Jason Knight, said he hoped Jolie's latest announcement would spark important discussions among patients and their families and improve access to risk-reducing surgery for people who would benefit from it.

"It is a very personal decision and one that should be made with good medical information," he said.

Last month, a study by information and advocacy group AARP found that BRCA testing rates increased nearly 40 per cent beginning with Jolie's May 2013 announcement, from an average of 350 per week to 500. They remained elevated for the rest of the year.

"I think the most important thing to come out of this is going to be a decrease in fear and an increase in dialogue," she added.

Surgery to remove the ovaries and fallopian tubes to reduce the risk of cancer has become an option more women are choosing. But it does not completely eliminate the risk of the disease because ovarian cancer can also strike the cells that line the abdomen.

"A person with a BRCA mutation who has risk-reducing surgery still has residual ovarian cancer risk in the neighborhood of 3 to 4 per cent," said Knight.

After risk-reducing surgery, patients are usually monitored. But the benefits are unclear and each case needs to be considered individually, he added.

Jolie, who knows that she remains prone to cancer, said Pitt flew to her side from France hours after she told him about the test.

"The beautiful thing about such moments in life is that there is so much clarity," she said. "You know what you live for and what matters."

The US Centres for Disease Control and Prevention says about 20,000 women get ovarian cancer, and about 14,500 die from it every year in the United States.

Jolie's op-ed column can be found at: here