Carlos Santana: I would collaborate with Adele and Beyonce 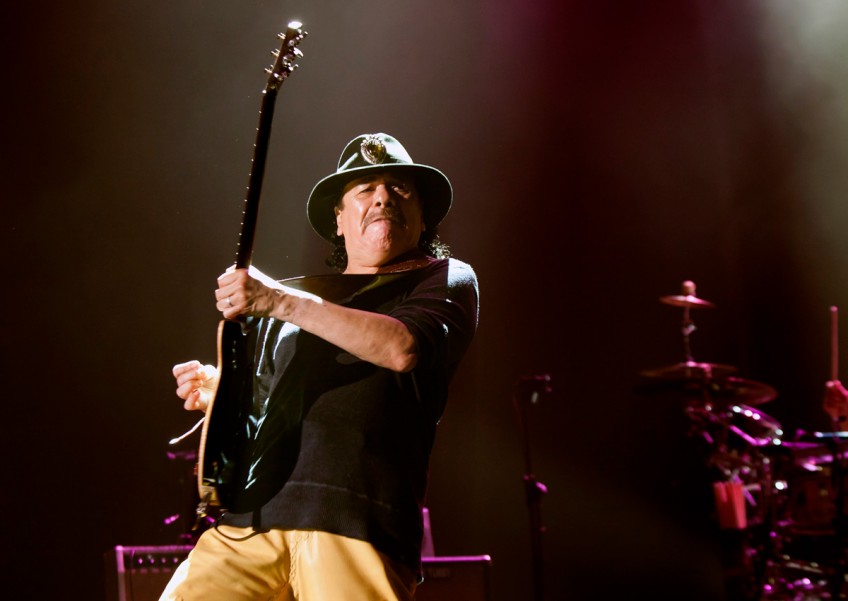 But in an interview with The Straits Times recently, he reiterates that his comments were taken out of context and that he has no beef with either singer.

In fact, the Rock & Roll Hall Of Fame musician is more than happy to collaborate with both of them.

"Not one is more important than the other, they're both supremely important. Their music and my music serve a purpose, to bring unity and harmony," the 69-yearold, who has 10 Grammy awards to his name, says in a telephone call from Tiburon, California.

"I don't think it's impossible for us to go into the studio and create some beautiful music."

Santana will be back in Singapore to perform at Suntec Singapore Convention & Exhibition Centre on April 4, four years after he sold out the Singapore Indoor Stadium in 2013, his last gig here.

More than 50 years after he started playing music, he is still releasing new works and performing to his fans worldwide.

The upcoming show is part of his Transmogrify Tour, a global trek that has seen him play across the United States as well as in countries including Japan and Australia.

Last year, he released Santana IV, his 23rd album, which went into the Top 10 charts of countries such as the United States, Britain, Germany and New Zealand.

He says fans around the world still listen to his music because his songs serve a higher calling and are not mere entertainment.

"Music is water, I'm like a hose and the people are flowers," he says. "I am that sound that is in tune with Bob Marley and John Lennon. I am them, they are me and we want the same thing. We want to utilise our music to make the world a better place for everyone to coexist with compassion and kindness and consideration and graciousness."

Born in Mexico, Santana moved with his family to San Francisco in the 1960s.

Playing a distinctive brand of music that melds Latin rock, jazz, blues and African rhythms, Santana and the band named after him went from playing the city's club circuit to the iconic Woodstock music festival in 1969.

While their debut album, released soon after his Woodstock performance, peaked in the US at No. 4, his next two releases, Abraxas (1970) and Santana III (1971), went to the top of the charts there, solidifying their reputation as one of rock's most popular acts.

Santana continued releasing albums regularly in the next few decades, but it was only in 1999 that his popularity saw a resurgence with the release of Supernatural, an album that not only topped the music charts around the world, but also won eight Grammy awards, including Album Of The Year.

Featuring collaborations with singers such as Rob Thomas and The Product G&B, the release, which sold 30 million copies, is also listed by the Guinness Book Of World Records as the best-selling album of all time by a Latin artist.

While he shows no signs of slowing down, he says he would like to focus on spiritual work if he ever hangs up his guitar and stops playing music.

"I would be a minister, I would have a place, I would call it 'Abode Of Light'," he says. "It's not so much a church but a place to rekindle your mind to your own divinity, your own heart."