Joo Won plays Agent Carter in a still from Carter.

Cinematic realism in video games like God of War and The Last of Us is becoming par for the course, as designers strive to give players the most immersive experience possible.

Still, never has a film tried so hard to emulate the look and feel of a video game than Jung Byung-gil's dizzyingly ridiculous Carter.

Appearing to unfold in a single continuous take in something approximating real time, Jung's latest action extravaganza follows a half-naked insomniac agent (Joo Won) as he fends off an endless stream of North Korean soldiers, South Korean operatives, and CIA goons, all of whom are either trying to kill him, or convince him he's really working for them.

All this to stop a deadly virus from engulfing the world, and turning everyone into bald, rampaging zombies.

From minute one, the action never lets up. Agent Carter (Won) awakes in a blood-soaked bed with no recollection of who he is or why he's there.

He has fresh stitches in the back of his skull and a voice in his head telling him to overpower the six gunmen standing over him, jump out of the window and rescue the young daughter of a prominent scientist (Jung Jae-young).

If he can't find the girl (Kim Bo-min) and take her to a facility in North Korea immediately all will be lost, and that goes double for his own wife and daughter.

Jung made a splash with 2017's The Villainess, a female-fronted hitman thriller featuring some of the most innovative action sequences in recent memory.

One pivotal fight sequence, between katana-wielding assassins driving high-speed motorbikes, was so audacious it was lifted wholesale for an almost identical scene in John Wick 3.

Read Also
'How many do I have to hurt today?' Joo Won fights hundreds of stunt actors for Netflix's Carter 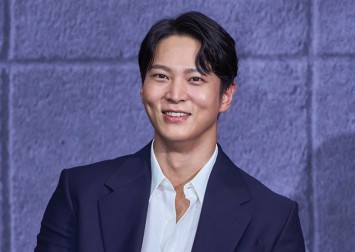 With Carter, Jung has come to collect - in an exhausting, unwavering maelstrom of ambitious yet somehow derivative fist fights, shoot-outs, car chases and plane crashes, all shot with nauseating, nitrous-fuelled drones that appear caught in a perpetual tailspin.

As a result, much of the action feels weightless and simulated, even when propped up by Won's insanely physical performance.

Carter is a protagonist for whom the laws of physics are merely a suggestion, and whose dramatic motivation is spoon-fed to him by inconsequential bit players between punch-ups, like cutscenes in a video game.

Watching in the comfort of their own home, viewers may well feel they are more vulnerable than Won's unstoppable hero, as the risk of nausea and whiplash from Jung's endlessly flailing camera becomes an increasingly legitimate concern.