Change is in the air, and it is good 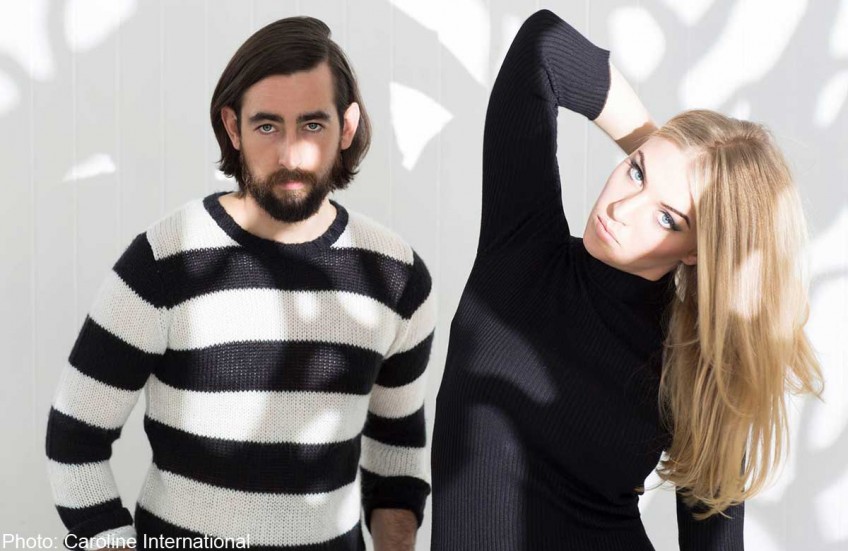 American President Barack Obama once opined: "If you run, you stand a chance of losing, but if you don't run, you've already lost."

Or as pop-rocker Sheryl Crow puts it simply: "A change would do you good."

Such is the spirit of change in the air. Nothing is to be taken for granted - to maintain a healthy ecosystem, the good ol' ways of doing things should be continually probed and rigorously scrutinised.

Slow Club began as an indie-folk duo, making their debut in 2009 with a beguiling Yeah So, but gradually shedding their pretty twee threads with Paradise in 2011.

The title of their third album, Complete Surrender, signals the coming- of-age of a band who aren't afraid of letting go. They have gone Motown soul, with a work ethic reminiscent of The Brill Building Sound, dishing out song after magnificent song.

Rebecca Taylor and Charles Watson are now a classy Anglo answer to America's She & Him but minus those pesky, quirky tics of Zooey Deschanel. At the same time, they are charting a new direction, finding a fresh entry point to the soul-pop genre.

The blonde Taylor may look like the one-hit wonder Duffy as she flaunts her luxurious pipes but there's something transgressive about the way she rasps, holds a melody line, then releases.

Whether it's the girl-group pop majesty of Suffering You, Suffering Me or the fragile yet limber Everything Is New, you're surprised by how instinctive it all sounds.

On Wanderer Wandering, the nearly- eight-minute-long sleeper hit, Taylor and Watson harmonise like partners in crime.

Synths and brass rise and swell, accompanied by punch-drunk drums. Mid-song, the music ends for a few long seconds before it resumes with an organ. Taylor, miked upfront and centre, belts, then lets a line evaporate into thin air.

Similarly, LaMontagne has shaken off the shackles of blues-rock to emerge anew.

Where before he risked becoming a shorthand for morbid Americana, here he shatters the precepts with a foray into 1960s psychedelic pop.

The aptly titled Supernova feels like it's on a mission to outerspace, brimming with the enthusiasm of the post-World War II space exploration.

The bluesy rasp of LaMontagne now sounds sensual in the tactile architectonics created by producer, Dan Auerbach of The Black Keys.

Pick Up A Gun features a mutant bassline worming itself through dank, silken F/X as he purrs in the minor key. Even better is the woozy, Mellotron- fuelled Airwaves, which features a salvo of sexy, guttural gasps from the bloke, when you least expect it.

This Ray is a light that shines a new path.

Albums of the week

Blues rock
LAZARETTO
Jack White
Third Man Records/Columbia Records
A simple Googling reveals that a lazaretto is a quarantine station for mariners. And this - Jack White's second solo missive - certainly sounds like an island into itself. Overseeing this madhouse is a genius at his most finicky best. The title track is packed with crunching guitar riffs, serpentine fiddles and thunderous drums that would wake up an entire leper colony. With its drama-mama atmospherics and a woman chanting "oooh", Would You Fight For My Love? may or may not be addressed to estranged wife Karen Elson, but who cares? White sounds deliciously bitter, in love, out of it, ironic, ridiculous and very, very fun.
****

Indie pop
WHISPERS
Passenger
Black Crow Records
For every Ed Sheeran who makes it to the top, there are, say, 4,576 other earnest-voiced folk-pop minstrels who are still bubbling under. Michael Rosenberg, from Brighton and Hove, England, has a hit with 2012's Let Her Go, but remains difficult to pin down. As Passenger, he hops on and off the pop machine following his own whim. Belying that delicate wisp is a ciggie rasp - it's as if the cherubic-faced crooner has suffered life's slings and arrows and survived with a smile. So, you smile as he rolls out a litany of insecurities on songs as punchy as 27, where he confesses: "I don't know how to please everyone all of the time."
****

Not all eyes were on Conchita Wurst, Austria's drag artist who won Eurovision Song Contest this year. First runner-up The Netherlands' The Common Linnets were also raising eyebrows with their slow-burning country pop tune, Calm After The Storm. Isle DeLange and Waylon are the more amiable trans-Atlantic version of The Civil Wars, the fractious American duo who used to make great music together. Together with Berlin's Mighty Oaks, they are part of a rising brigade of Europeans making Euro-Americana, complete with mandolin, pedal steel, banjo and fiddle. DeLange and Waylon are in sync, striking the right note of piquancy in Lovers & Liars and defiance in Give Me A Reason. It's all so perfect, you become suspicious of love.
****