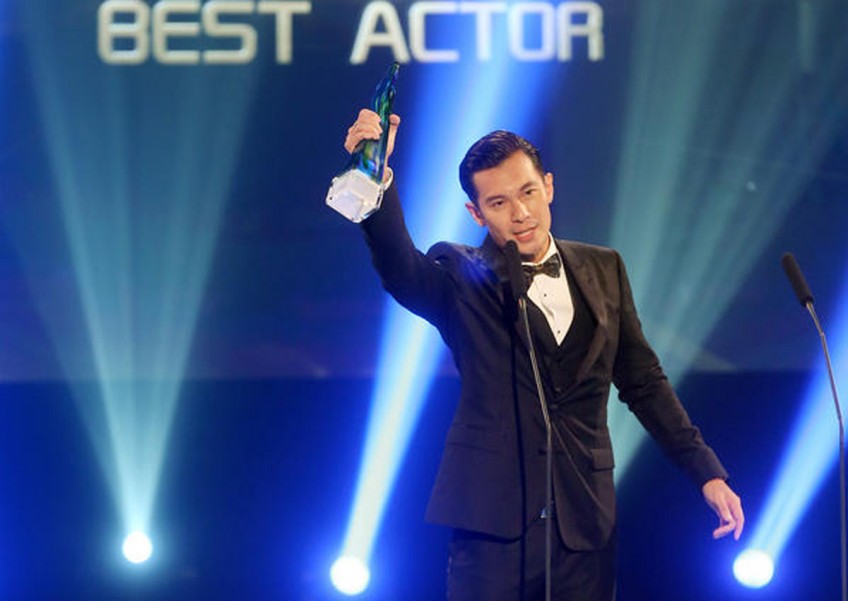 SINGAPORE - Channel 8 leading man Shaun Chen has quietly married a beautician and is becoming a dad, four years after he and actress Michelle Chia went their separate ways.

In an interview with the website Toggle, Chen, 36, announced that he and his wife are expecting a daughter in early December, having registered their marriage in his native Malaysia in July. His wife, Celine, is from Kedah, Malaysia and is in her 20s. They began dating a year ago, and he felt she was the right woman, he said. Just as they decided to settle down, she discovered her pregnancy.

Remarriage and impending fatherhood top off what has been a fine year for Chen, who won his first Best Actor Star Award for The Journey: Tumultuous Times in April. He said he had kept his partner's pregnancy a secret on awards night, as it was early days. Even his good friend, actor Chen Hanwei, was only informed recently.

Asked if he had shared his news with his former wife, Shaun Chen told Toggle: "I hope everyone focuses on the good news."

Meanwhile, he is fully prepared for the new addition to the family. "I'm really happy. When I think of changing the baby's diapers and feeding her at night, I'm very excited," he said. "I have a lot of nephews and nieces, so taking care of a child is absolutely no problem."

He is more worried about preparing for his child's future, which includes, hopefully, relocating his wife and daughter to Singapore after the birth, he added.