Actress Charlene Choi at the Hotel VIC, North Point. Choi is a nominee for best actress at the Hong Kong Film Awards for her role in the film The Lady Improper.

Four years after earning her second best actress nomination at the Hong Kong Film Awards for her courageous portrayal of a former sex abuse victim in Sara, Charlene Choi Cheuk-yin, of the Canto-pop duo Twins, is again a nominee - for another sexually charged role.

Choi recently sat down with the Post to reflect on her part in the film.

THIS IS YOUR THIRD BEST ACTRESS NOMINATION AT THE HONG KONG FILM AWARDS. DOES IT FEEL ANY DIFFERENT FROM THE PREVIOUS EXPERIENCES?

As The Lady Improper is a project supported by the Hong Kong government's Film Development Fund - in the sense that they have given us money - I hope we can achieve good results [in the awards and at the box office]. I hope they will continue to support our film industry. 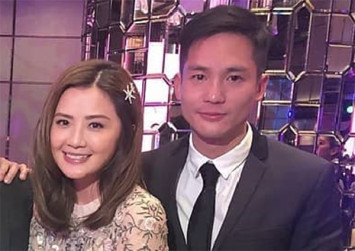 I'M SURPRISED TO HEAR THAT YOU CARE THIS MUCH ABOUT THE FINANCIAL PART. WHEN ACTORS PARTICIPATE IN SMALLER-SCALE DRAMAS SUCH AS THIS ONE, THEY TEND TO FOCUS ON THEIR OWN PERFORMANCES.
Although my responsibility as an actress is to play the part well … this film is a bit different from others in that it has given me a sense of purpose.

Since our director is making her [commercial] debut, I also hope that we can bring her more opportunities in the future. This was the initial reason behind my decision to take on this project.

WHICH OF DIRECTOR TSANG'S INDEPENDENT FILMS DID YOU WATCH BEFORE MAKING THIS FILM?

[I have watched] Big Blue Lake, and I've heard a lot of people in the industry singing her praises.

DO YOU RECALL YOUR REACTION WHEN YOU FIRST READ THE SCREENPLAY?
I turned it down. [Laughs] It wasn't the most appropriate time then - it was right after Sara opened in cinemas [in 2015]. If I immediately followed that up with The Lady Improper, I would be putting myself at risk of being typecast. And I wasn't confident enough to play a character this complex. The sex scenes in that early script were also more graphic than they are now, and I wouldn't be willing to go that far.

HOW GRAPHIC WERE THE ORIGINAL SCENES?

Originally, they were hoping that I could perform nude scenes the way actresses do in other countries. But I really can't accept that. After all, our culture is different, our audiences are different and the environment we grew up in is different. You can't compare the two directly.

DID YOU HAVE ANY UNCOMFORTABLE MOMENTS ON SET?
[Long pause] Not really. Either I turn down a project or I give it my all. Once I've decided to take it up, I don't really worry about anything else. I just want to do it well.

DO YOU SEE YOURSELF IN YOUR CHARACTER SIU-MAN?
When we started, I was instructed by the director to play her as someone who is my polar opposite - and so I tried not to be me. But I have to admit I was touched by some of the plot points. I am, for instance, also someone who only shows my happy side to others, because I feel that my friends already have their fair share of troubles to deal with. And my character's case is even more serious than my own, in the sense that she doesn't even come into contact with other people.

DO YOU THINK THE FILM'S EMPHASIS ON SEX WILL PRESENT A CHALLENGE FOR HONG KONG AUDIENCES?

In Chinese society, sex is always treated as something that's utterly embarrassing to talk about, and when people do talk about sex, it's inevitably something bad. I believe we need proper education on this topic from when we're kids. I'd also like to add that this film is not just about sex; it's about how we should love, respect and accept our own body. This is a very important message.

THE LADY IMPROPER HAS BEEN GIVEN A CATEGORY III RATING (MEANING IT CAN ONLY BE VIEWED BY AUDIENCES AGED 18 OR ABOVE). WERE YOU SURPRISED?
I was. Isn't that funny? I don't get it, either. It was just like the case of Sara: it was given a Category III rating [presumably] for one line of offensive language. And I thought: many people curse every day! I try not to think about things that I have no control about, but most people who have watched The Lady Improper agree that [the sex scenes] are relatively restrained.

​​​​​​​SARA AND THE LADY IMPROPER WERE BOTH QUITE CHALLENGING PROJECTS FOR YOU. HOW HAVE THEY CHANGED YOU AS AN ACTRESS?

I think I'm very lucky [to have encountered these parts]. Both films gave me the courage to go outside of my comfort zone. Once I'm outside, I realise that the world is very big indeed.

They've given me the confidence to play a greater variety of characters. I'm thankful that Sara happened - apart from giving me courage, it gave me the wisdom to digest different views from audiences.

DO YOU OFTEN ENCOUNTER PEOPLE WHO STILL SEE YOU MORE AS A SQUEAKY-CLEAN POP IDOL THAN AN ACTRESS?
Of course there are these people. But I can't control what others think.

By taking up projects such as The Lady Improper , are you subconsciously trying to move on to the next phase of your career?

I have already moved on. [Laughs] I'm 36. My mentality [on the film set] is decided by the type of character that I'm playing. If you're cast in a comedy, you're not going to be all sombre during the shoot [just to appear more mature]. The most important thing is that you're doing the part right. Speaking of which, I really want to make a comedy - it's been a long time since someone cast me in one.

DO YOU PLAN TO KEEP WORKING AS AN ACTRESS FOR THE LONG HAUL?
Yes. I met [the 84-year-old actress] Helena Law Lan during the Chinese New Year for a meal. She had just finished an overnight shift and, after our meeting, she was scheduled to go back on set. I asked why she didn't take it easy, and she said she couldn't stop working - per her doctor's prescription. [Laughs] I think I'll be just like her. Who would I be after I have stopped working? I would be a nobody without these parts. I will keep acting until I'm Law's age.

The Lady Improper opens on April 4