A handout photo. Song Dongye expressed frustration online when his concert was cancelled over his drug use in 2016.

The decision by the Chengdu local government to cancel a performance by a famous Chinese folk singer over past drug use has sparked debate about second chances in society.

Song Dongye, who was detained briefly in 2016 for using drugs, criticised the government of Chengdu, the capital of the southwestern province of Sichuan, and argued he had already been punished for his past crime.

“I cannot understand. I am confused. I cannot tell good from evil. I violated the law, but I have been punished! Administrative detention, plus five years of verbal attacks! … Isn’t that enough to give me a way out!?” wrote the 33-year-old singer-songwriter in a social media post published on Monday.

The award-winning musician had finished a three-year ban on commercial performances in 2019, in line with the Ministry of Culture and Tourism directive on drug-using celebrities.

Song was also prohibited from posting on Weibo on Wednesday for “breaking community rules”.

Song’s decision to push back on the cancellation appears to have backfired, with the remarks only arousing more anger. Online commenters said he had no self-reflection and did not deserve a chance to return to the stage.

“We will allow you to start over, but not as a public figure,” read one comments with around 223,000 likes.

Song said he passed dozens of inspections conducted by local authorities after his 10-day detention in 2016. He started producing new songs in 2017 and won the Best Lyricist award at Taiwan’s Golden Melody Award in 2018. 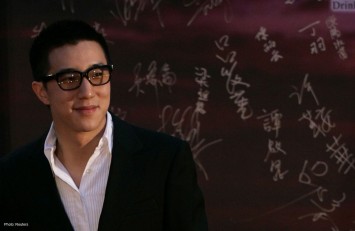 He has also been allowed to hold concerts in various cities across China since late 2019 when the three-year ban ended.

However, this past summer China intensified its clampdown on the entertainment industry as central authorities became alarmed about repeated scandals from individual celebrities, including the high-profile date rape case of singer Kris Wu.

State media was quick to point this out. Beijing Business News published a story about Song’s case on Tuesday that read:

“Only by blocking the way of poorly behaved celebrities can we force those pop stars to cherish their feathers.” The feathers are a metaphor for the fame celebrities enjoy.