China's box-office figures could be fabricated 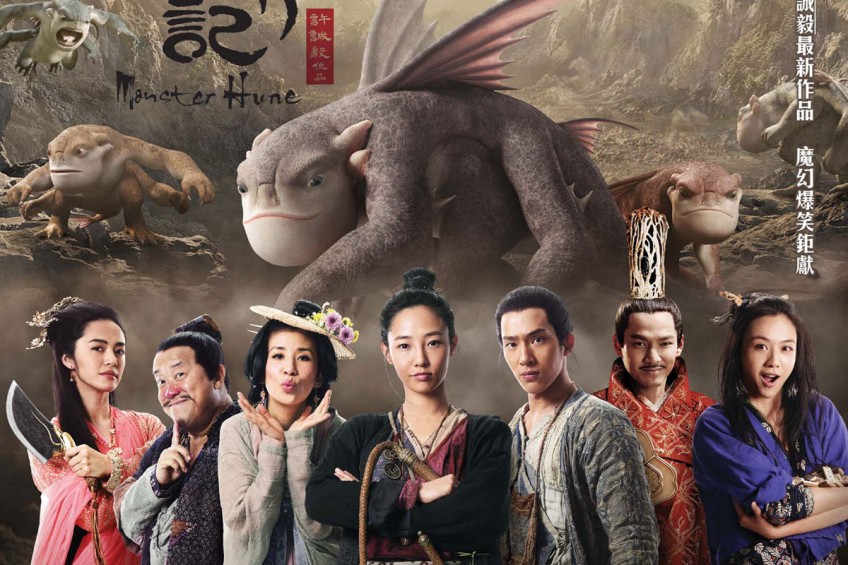 China's film business is booming. By the end of the National Day holiday week in October, the year's total box office was 35 billion yuan (S$8 billion), higher than the cumulative takings of 2014, which stood at 29.6 billion.

But just as every cloud has a silver lining, every heartening story may have its dark spot. Some of the box-office figures, according to recent press investigations, could be fabricated.

On Oct 7, Guangzhou Daily published a story that gave evidence of wee-hour screenings of Lost in Hong Kong as "phantom shows". This means the screenings, usually taking place between midnight and early morning, are shown on the computer system as fully booked, but if you get in to take a peek, you'll find they are completely empty. The purpose of these screenings is to inflate box-office receipts of the film.

A previous target of such criticism was Monster Hunt, now officially the highest-grossing movie in Chinese history with a collection of 2.439 billion yuan.

But after it made 2.3 billion yuan, accusations of cooking the books trickled in from some media and industry insiders. Audience attendance was petering out, said the critics, just as it was edging close to the record of 2.425 billion yuan set by Fast & Furious 7, so the temptation was irresistible.

As Monster Hunt producer Edko Film owns or has a stake in movie theatres, those venues were reported to have scheduled a large number of screenings, sometimes 15 minutes apart, for which no moviegoer would show up.

Edko executives explained that those screenings were reserved for special groups, which the company paid for as a social benefit akin to charity. In other words, one branch of the company has to pay another and register the deals just as any other. In this case, the government seems to be the only benefactor because it earns a nifty income in taxes.

In the case of Enlight Picture, which produced and distributes Lost in Hong Kong, it does not own theatre chains and thus has to pay for theatre rental. But the cost, reveal the insiders, is counted as part of distribution or advertising, which explains the dramatic decrease of film advertising in traditional media or outdoor displays in recent years, say the analysts.

One might say that "phantom screenings" present little cost to the movie theatres as they do not have a graveyard shift anyway. But they have a downside: They are so suspect as to invite sleuthing. A newer version is more costly because it books shows at prime time, but only a portion of the seats.

A screening for 9 pm may seem to have sold half of the house, but once you go in you'll find it less occupied than you had anticipated. And since movie theatres rarely impose the ticketed seating arrangement and people naturally pick the best seats, it takes a sharp eye to notice something fishy between a sold-out diagram and a half-empty house.

It's funny that when Enlight was first accused of this form of deceit, one of its executives blurted out online that they were not to blame because everyone was doing it. (He later deleted the post.)

If breaking records is the only motive, only movies that are already big hits and are backed by financial heavyweights can afford to play this game.

However, it has more tangible benefits than simple ego boosting. A film with an enviable box-office figure may stimulate the herd mentality and attract real audiences as its stellar showing is touted as proof of its popularity.

And as a corollary, the expected turnout of the audience will be used as leverage to add more screenings by the theatres, thus squeezing out less competitive fare for the same time slots.That is why the game of inflation was not only played by Monster Hunt and Lost in Hong Kong, which were blockbusters in the first place, but by mid-size movies with the dream of leapfrogging into the major leagues－achieved by buying big chunks of seats for the first few days of release.

A movie with higher grosses will also be able to fetch a better price when sold for television or Web rights. Sometimes even movie stars may secure entire screenings to prevent the appearance of sagging popularity.

But then the line can be blurry as a dozen screenings for family and friends are considered normal, similar to giving out free samples, but blocking out hundreds of shows for so-called fans is tantamount to box-office inflation.

Touching up box-office receipts as if they are on-screen special effects has the added lure of drawing in future investment. So much hot money is flowing into showbiz that a hit movie often brings several times the size of investment as the actual size of the film's budget.

That makes production companies and stars very happy because they can all raise their asking price for future projects. The result is a bubble that looks fantastic on the outside but may be pricked at any moment.

Fortunately, film is not like food or housing, where inflation and a bursting of the bubble, if not dealt with, will harm ordinary people.

Chinese investors in showbiz, like those who flock to Hollywood, do not usually spend their lunch money but more or less treat it as a luxury－and a gamble－anyway.

People in the film industry often say that what happens off screen is often more dramatic than action on screen. The same could be true of movie business deceit, which has evolved over the years.

First it was movie theatres underreporting box-office receipts so they could pocket the difference. Now it is film companies wanting to make the numbers more enticing than they actually are.

Regulators need to keep up with the ever-changing game to ensure health and fairness in the market.