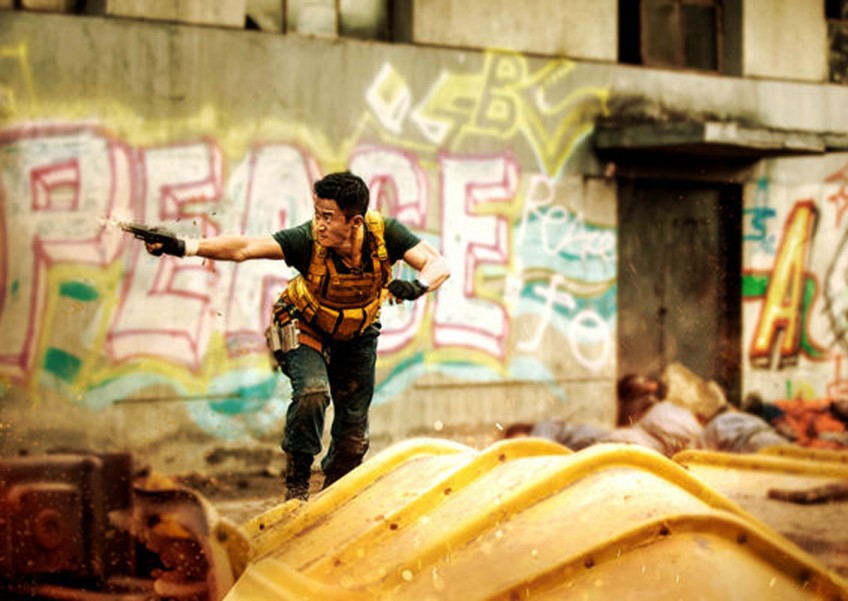 China's film industry has made much progress in the past five years. Xu Fan reports.

China, the world's second-largest film market after the United States, has seen both a rise in collaboration with the industry in other countries and stable development at home.

According to Tong Gang, vice-minister of the State Administration of Press, Publication, Radio, Film and Television, China has seen an average year-on-year growth of up to 30.35 per cent at the box office in the past five years.

Another change is taking place, with a rise in coproductions with other countries.

Six countries - the highest record for one year since 2012 - signed film-coproduction treaties with China from January to September. That makes for 20 foreign countries currently.

"The United States is the first and the most active player to explore an effective formula to win Chinese audiences," says Miao.

He says 12 movies, or 16 per cent of the 73 approved coproductions last year, are Sino-US projects.

China expanded the annual quota of foreign movies on the basis of sharing box-office revenue from 20 to 34 in 2012.

Coproductions, which are treated like domestic titles and can be released outside of the foreign film's quota policy, have also become a channel for foreign filmmakers to make forays into the Chinese market.

Where Has Time Gone, the first coproduction by BRICS countries that will be released in China on Oct 19 exemplifies such an effort.

As an anthology of five independent short stories examining the titular theme, the movie is created by five well-known film directors from China, Russia, Brazil, India and South Africa.

Jia Zhangke has participated in film projects along with filmmakers from South Korea and Switzerland. The BRICS coproduction's executive producer says he feels proud to lead the project.

"It gives the Chinese audience an opportunity to discover the cinematic charms of the countries that they have limited knowledge about," says Jia, who believes Chinese theatres should not only be dominated by Hollywood blockbusters or domestic commercial cinema.

With a number of cash-rich Chinese investors and the expanding population of moviegoers, China has transformed from an "assistant's role" to become an equal collaborator or even leader in international coproductions.

Jonathan Shen, founder of the Beijing-based studio Shinework Pictures, is among the latest filmmakers to sense the transformation. Shooting for his company's new movie, The Composer, has just moved from Almaty, the largest city in Kazakhstan, to Yan'an in Shaanxi province, to film more scenes on Tuesday.

The biopic based on the true story of Chinese musician Xian Xinghai is the first Sino-Kazakh film production that includes Kazakhfilm JSC, the country's largest studio, as the partner producer.

Shen says the Kazakh side was very excited upon hearing about the project. The movie brought top Chinese talent and advanced filming machines to Kazakhstan.

A longtime ambition of local filmmakers has been to see Chinese films go abroad, and their wish has come true to an extent.

In 2016, the overseas revenue from Chinese films hit a record total of 3.83 billion yuan, up 38 per cent from 2015 and more than triple the 2012 figure, according to the country's top sectoral regulator.

In next five years, the project will screen 15 domestic hits every year in more than 100 overseas cities and establish a global distribution network for Chinese movies, adds Tong.

In the last two years, Wolf Warrior 2, China's highest-grossing film of all time, and The Monkey King 2, a fantasy epic based on the Chinese classic Journey to the West, did well abroad, too.

Wei Jingyi, vice-president of leading Chinese overseas distributor CMC Pictures, says Wolf Warrior 2 has so far become the most successful Chinese movie in Australia and Singapore, and has been sold to some European countries, such as the Netherlands and Austria, where Chinese movies are scarcely screened.

Around 390 Chinese film festivals and events were held overseas in the past five years. Chinese films have won 552 international awards over the past half decade, earning local stars, directors and producers more attention in the world.

But the biggest challenge seemingly still comes from Hollywood.

"Some reports show that US films dominated 67.4 per cent of the global market last year, and the figure for European movies was 26.7 per cent," says Tong.

"Chinese filmmakers need to make more movies that appeal to Western audiences and market them well."