A handout photo. Actress Ning Jing, 48, prepares to go on the show.

Thirty female contestants, all older than 30, took part in a televised reality show this month, competing for five places in a performance group.

The program immediately became a hot topic nationwide, as the entertainment industry in China traditionally favors women in their early 20s or even younger.

Named Sisters Riding the Winds and Breaking the Waves, the show premiered on June 12 on Hunan Television and Mango TV, a live streaming platform.

Actresses Ning Jing, 48, and Christy Chung, 50, along with singers Zhang Hanyun, 31, and Yu Kewei, 37, were among the contestants. A panel of coaches joined the show, including a well-known actor, the head of a music company, a celebrity manager, a music director and a stage director. 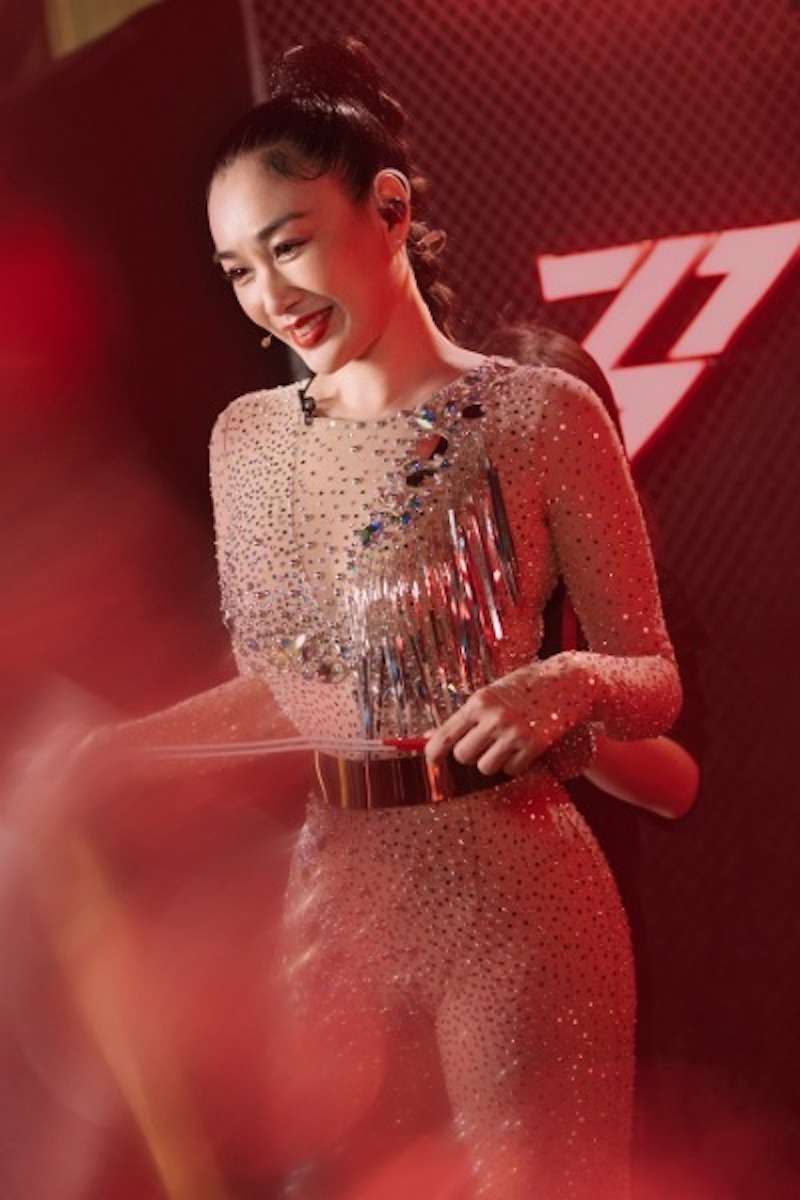 The first episode attracted more than 15 million viewers and sparked heated debate online. The contestants demonstrated their dancing and singing abilities with solo and group performances.

Yang Chang, who works for a media company in Beijing, said: "Bringing these women together arguably contributed to making the most interesting reality show of the year. It sends a message that although we live in a youth-obsessed culture, there's still something to be said for the enduring appeal of women who are established and experienced."

Molly Tang, another fan of the show, who is approaching 30, said: "The women are very cool, fashionable and attractive. They have their own styles, rather than following a trend. I really admire their courage in breaking conventional stage or screen stereotypes."

She added that after watching the show, she is no longer afraid of becoming older. 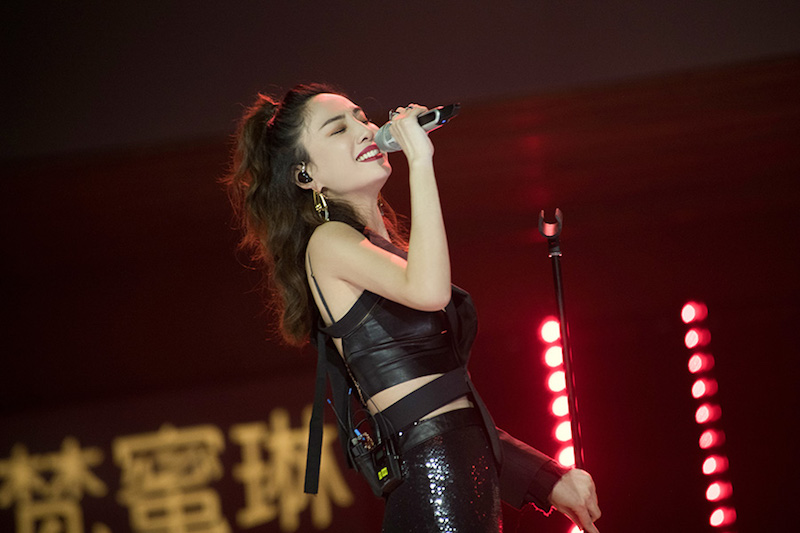 In addition to the contestants' performances, the frank and outspoken comments they made about their age, life experiences and careers also caused a stir online.

Singer Yumiko Cheng, who appeared on the show and is based in Hong Kong, said: "I am 39 years old and at the best time of my life. I know myself better and I am much wiser."

She began her career in Hong Kong as a dancer/singer 18 years ago and has released albums in Cantonese and Mandarin.

In 2012, she was involved in an accident in which a tree branch pierced a lung. She slowed her career, married in 2014 and gave birth to her daughter the following year.

"I have been in the industry for a very long time and many young people may never have heard of me, but I am confident about my performances. They will be surprised," she said. 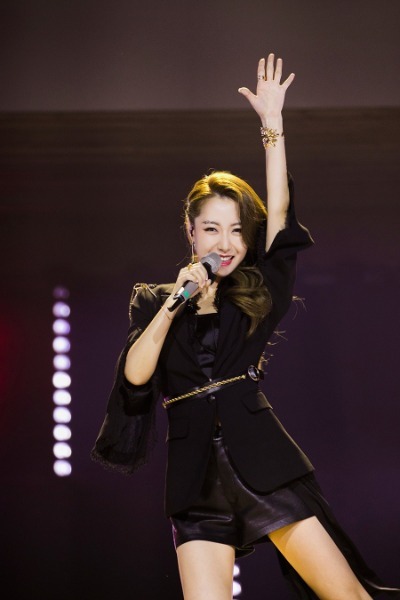 Actress Bai Bing, 34, said during the show: "Many people think that I live a life of luxury as a wife and mother who doesn't need to work, but I divorced several years ago and am now a single mom. Thanks to my family, who help care for my daughter, I still have the chance to pursue my career as an actress."

Bai is known for her roles in The Myth, a 50-episode TV drama broadcast in 2009, and Winter Begonia, a 49-episode drama shown this year. 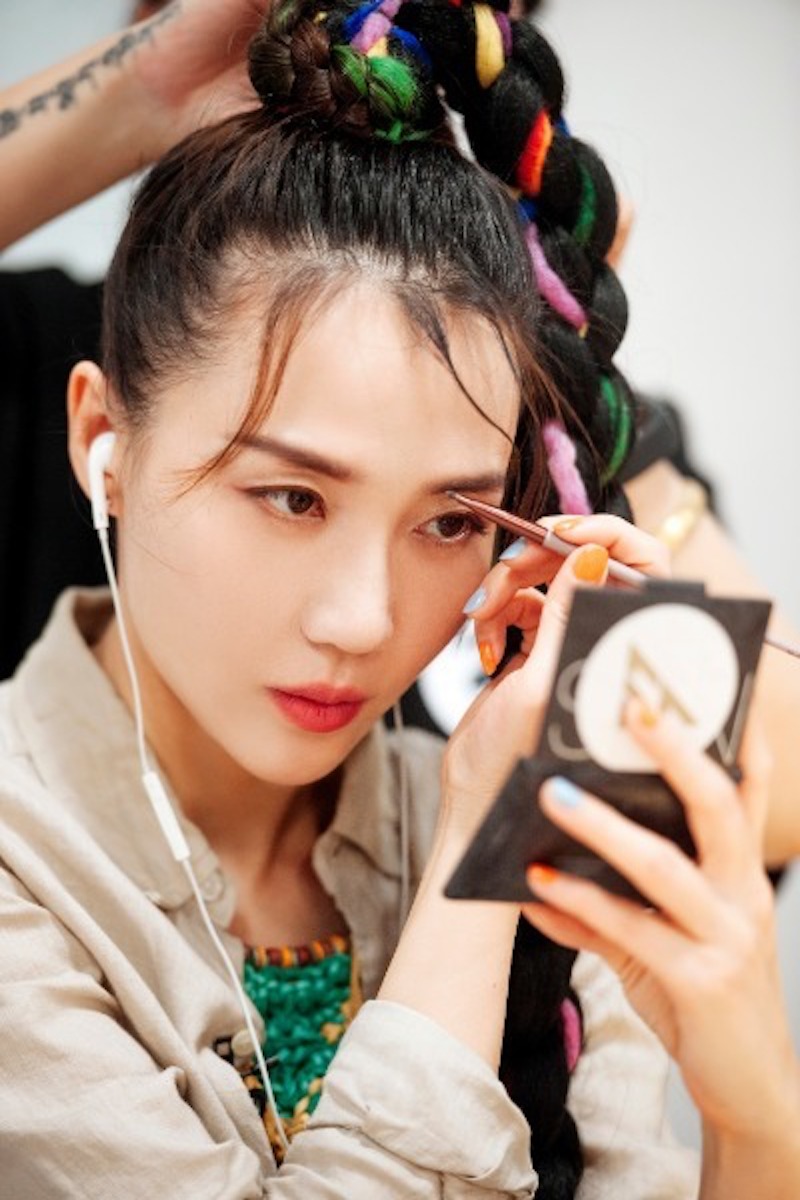 Aduo, 40, a pop singer from the Tujia ethnic group who took part in the show, said that when she was first approached by the production team, she turned down an invitation to perform on the program.

Finding fame after appearing on the annual CCTV Spring Festival Gala in 2005 and singing the dance number Goodbye, Carmen, Aduo was signed by the Chia Tai Music Group in 2001 and has released two albums. Her increasing popularity has brought her many opportunities to perform.

When she was in her early 20s, Aduo, like many younger women, enjoyed pop music and loved to appear on reality shows to promote herself.

But in 2011, she lost interest in the music scene and changed her career path. From 2012 to 2016, she spent her time in remote villages in Hunan, Yunnan and Guizhou provinces, where the Miao and Tujia people live.

"In 2012, I stopped listening to and performing pop songs. For the past eight years, I have been focusing on my own project involving ethnic music. One of the biggest challenges for me in appearing on the show was that I had to return to pop music," Aduo said.

"The judges are younger than I am. Many young fans don't know about me. They are not familiar with my style of music. I don't want to appeal to anyone in particular-I just let my performance speak for me."

Aduo added that she was impressed by the other female performers, who she said were not only attractive but also full of confidence.

"Public opinion of women has changed. People are willing to accept various types of women, rather than defining them by age. We are just showcasing ourselves in our own ways-being ourselves," she said.

Veteran music producer, director and songwriter Zhao Zhao said: "These veteran female performers are not afraid of breaking new ground onstage. They are versatile and creative."

Zhao, who has worked with celebrity singers such as Karen Mok and Mao Buyi, was a member of the team that provided the music for the closing ceremony of the 2008 Beijing Olympic Games.

"The reality show will see the emergence of a new female pop group different from the others. Each performer has a unique style," Zhao added. 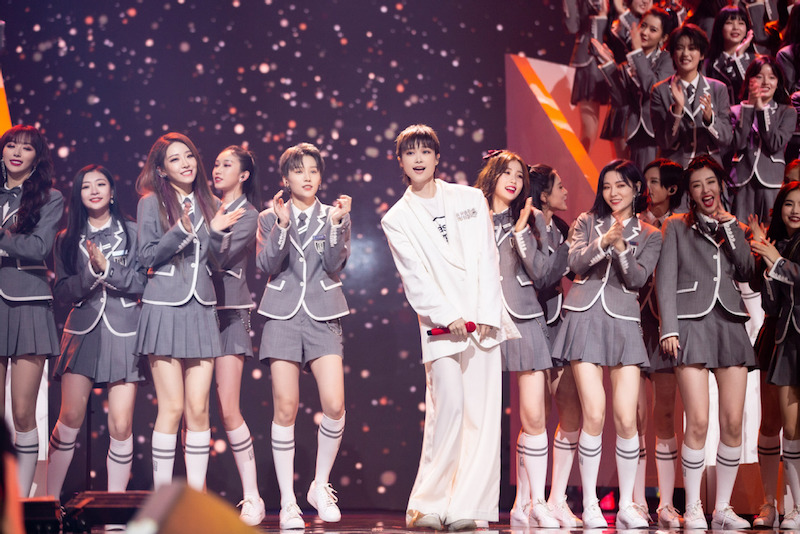 A handout photo. Singer Li Yuchun appears as a performing guest on the reality show Youth With You Season 2 on May 30. PHOTO: China Daily/Asia News Network

In 2005, Hunan Television produced Super Girl, one of the first reality shows of its kind in China.

The competition was won by Li Yuchun-then a student at the Sichuan Conservatory of Music in Chengdu-with her gender-neutral style and solid singing and dancing skills. As a result, Li became a national pop icon.

The show attracted a nationwide audience of 400 million, with many fans voting for Li, who wore her trademark short hair and sang in a deep, soulful voice.

She also appeared on the cover of Time magazine's Asian edition, which described her as an "Asian hero". Now 36, she is still one of the best-selling female pop stars in the country.

On May 30, Li appeared as a performing guest on the hit reality show Youth With You Season 2, singing All the Girls, which she wrote in just three days.

She was also invited to write a theme song for Sisters, which was released on Thursday. Titled Ms Priceless, the electro-pop number delivers a message about breaking stereotypes attached to women from birth. A video of the song has been viewed some 10 million times on Li's social media platform.

"My face, my fingers are priceless. My ideas, my talents are priceless," she sings. "I choose my lipsticks, my handbags and I create my own life and dreams. Protect the truest smile and I am priceless."

Li said, "Like many people, I was looking forward to a totally different reality show about women and their performances, proving that they have far more than just physical beauty." 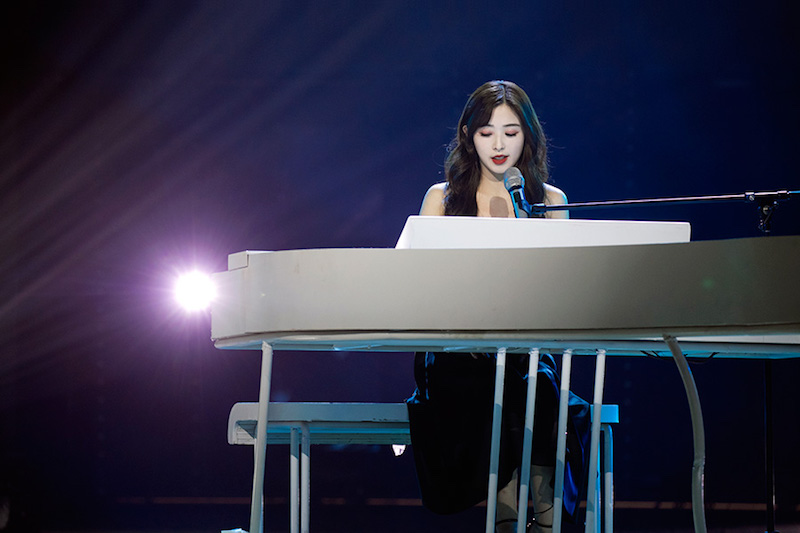 The public voted for the nine finalists out of 109 contestants, including Liu Yuxin, the overall winner with 17 million votes, and Yu Shuxin, who finished second with 13 million votes.

Instead of a typical sweet-girl image, Liu Yuxin, 23, wears her hair short and dyed, rather than long, straight or curly. She also favors pantsuits rather than miniskirts, and is shy but aggressive onstage.

She learned street dance when she was 10 and stood out among her peers with her singing, dancing and rap performances.

Liu took part in Up! Juniors on Hunan TV in 2012, and the following year appeared on a dance reality show produced by Dragon TV in Shanghai. In 2015, she joined the seven-member girl group Lady Bees, releasing an album two years later, which failed to receive much attention.

Wu Han, producer of Youth With You Season 2, said: "The show focuses on the concept of creating infinite possibilities. We don't define. In auditions, we look for a contestant's personality and attitude.

"There is heightened awareness of women's independence in Chinese society. The show aims to present young Chinese women from different perspectives. They are more than cute or sexy, and we want to show their diversity," Wu said.

For example, the 11-member female group Rocket Girls 101, fronted by Wu Xuanyi and Meng Meiqi, started life in 2018 on video platform Tencent's reality show Produce 101, in which 11 finalists were selected from 101 contestants.

Cai Xukun, who was born in 1999, shot to stardom after winning the iQiyi reality show Idol Producer in 2018. He now has more than 30 million followers on his Sina Weibo account and is a coach and judge on Youth With You Season 2.

When Wang Ju appeared on Produce 101 in 2018, she generated a huge buzz on social media platforms. Instead of looking like a typical female pop idol, with a slim figure and pale complexion, Wang, who was 25 at the time, was tanned and had a fuller figure.

Although she wasn't among the 11 finalists, she won a large fan base with her comments such as, "Being yourself is what makes a girl beautiful."

Jimmy Guo, founder of a cultural company in Beijing that trains aspiring pop stars, said: "Pop groups have the same dance moves. What helps them stand out is their personalities and distinctive features. The goal is to let people see you. You have to have something to be remembered by.