Chinese actress Liu Yifei is set to star as the titular female warrior in Disney's live-action adaptation of the classic Chinese epic, Mulan.

Liu was cast after a yearlong search worldwide, beating nearly 1,000 hopefuls for the role, the Associated Press reported.

A team of casting directors travelled across five continents for the demanding role, which requires mastery of martial arts, ability to speak English and the ineffable charisma to partake the role of a Disney protagonist.

Disney, which has been criticised in the past for casting Caucasian actors for Asian roles, focused on discovering an ethnically Chinese young woman to play Hua Mulan, who impersonates herself as a man to take her ailing father's place in the battlefield in the fifth-century. Liu, a prominent young star in China's entertainment industry, is most praised by the public for her pure and innocent looks and image.

She is fluent in English, having spent some years of her childhood in Queens, New York, and a graduate of Beijing Film Academy, one of the top institutions for cinema arts.

Liu has starred in English films before, including The Forbidden Kingdom (2008) opposite Jackie Chan and Jet Li and Outcast (2014), alongside Nicolas Cage and Hayden Christensen. Liu also worked with Emile Hirsch in The Chinese Widow, which opened the Shanghai International Film Festival in June.

The film will be helmed by Niki Caro and set for a release in 2019. Chris Bender, Jason Reed and Jake Weiner will be producing the film. House of Flying Daggers and Crouching Tiger, Hidden Dragon producer Bill Kong will be executive producer. 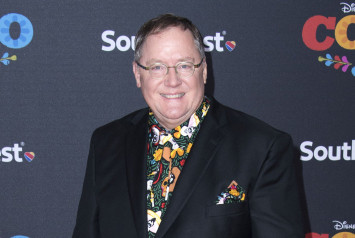