The star rapper Kris Wu has been detained by the police in Beijing on suspicion of rape.

Star rapper and singer Kris Wu Yifan was detained by the police in Beijing on suspicion of rape, the latest development in a scandal that has torpedoed the career of one of China’s most influential young celebrities.

A statement on the microblogging platform Weibo by the public security bureau of Chaoyang district in Beijing said a man surnamed Wu, 30, was taken away on Saturday (July 31) after a police investigation into numerous allegations made online that he lured young women into having sexual relations with him.

The statement did not disclose the full identity of the man, but the social media platform of the Communist Party political and law affairs commission identified him as the Chinese-Canadian pop star.

“You have to abide by Chinese law on the soil of China,” the post said.

The detention comes one week after the police revealed Wu lied about his relationship with Chinese teen beauty influencer Du Meizhu, who has accused Wu of date rape, which can lead to a prison sentence anywhere between three and ten years, according to China’s penal code.

This had contradicted the only public statement Wu has released about Du’s date-rape allegation on his official Weibo account on July 19.

“There was no ‘underage’ [sex], if there was this kind of behaviour, everyone please rest assured, I will go into prison myself!” Wu wrote to his 52 million Weibo followers.

The police said last week they were still investigating allegations that Wu had date-raped other young women. “We will act later according to the results of the investigation. So far, we have not received any reports from Du [about Wu date-raping other women] or from other [women].”

At the time, however, the police did not say Wu was suspected of rape. 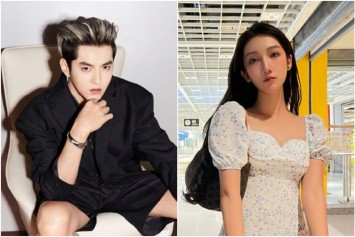 In an interview with Chinese internet portal NetEase on July 18, Du, 18, claimed Wu had had sex with at least seven other girls, and that he had plied them with alcohol and seduced them with promises they would be famous.

The singer, who is of Chinese ethnicity and Canadian nationality, rose to fame as part of the hit K-pop boy band EXO.

After a messy break-up with his firm in South Korea, Wu established himself in the Chinese market, modelling for dozens of well-known brands and taking part as a judge on shows like The Rap of China.

But since Du’s allegations caught traction on Chinese social media, Wu lost his brand deals one by one, including with Louis Vuitton, Bulgari, L’Oreal Men and Porsche.

The Chinese authorities’ disapproval was also made clear when state-run broadcaster CCTV published a statement on Weibo name-dropping Wu and saying his scandal showed the need for celebrities to be more socially responsible.

Wu has denied all the allegations and he has sued Du for defamation.

The Chinese Commuist Party-affiliated All-China Women’s federation, the largest women‘s rights organisation in China, commented on the detention on Saturday, writing on Weibo to its audience of 11.9 million followers that a society ruled by law could not “shelter evil people and countenance vile practices” .

“No matter how dazzling the glory, how big the fame, no one has privilege,” the organisation wrote.