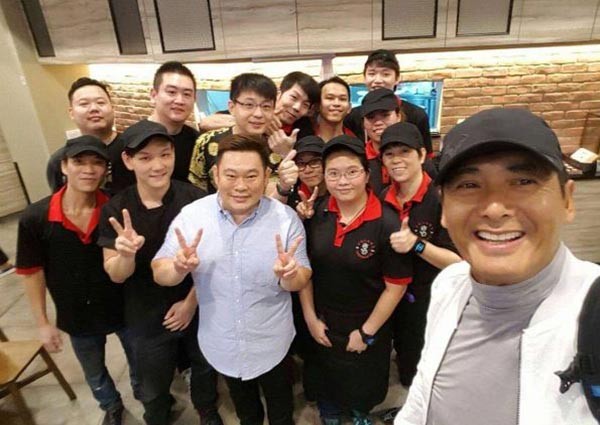 According to an employee, Chow was there for dinner with a few friends between 7pm and 8pm.

He even took a wefie with owner Nigel Chua and other staff.

The 61-year-old, who is married to Singaporean Jasmine Tan, is in town to promote his new film Cold War 2. His co-stars Aaron Kwok and Eddie Peng are also expected to be in Singapore for two days starting tomorrow (July 5).

When Kwok was in Singapore for his concert last October, he reportedly dined at the now closed Hotpot Kingdom in Marina Bay Sands for three days straight.