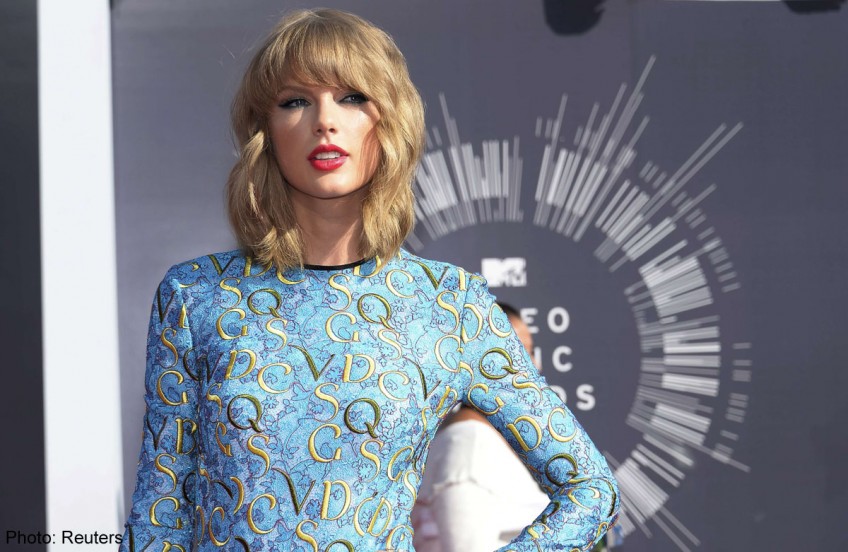 Even if you hate pop princess Taylor Swift, it is hard not to be touched by her affection for her fans, known as Swifties.

In a video recently posted on YouTube, Swift is seen wrapping Christmas presents and, in some cases, delivering the packages to her fans.

The video starts off by saying that after the pop singer released her record-breaking album 1989, she put a Santa emoji - something like an emoticon - on some of her most loyal fans' social media platforms, reported UK's Daily Mirror.

Before sending out the presents, she did some digging and learnt about fans' interests and lives through their social media posts.

Swift wrapped the gifts herself, sometimes dressed in pyjamas and a Santa hat, and included a handwritten note with each package, reported The Tennessean.

When the gifts arrived, many "Swifties" took video footage of the unwrapping process, which often involved shrieks, tears and hands over agape mouths. Swift also made a visit to a fan in the US state of Connecticut to meet her family.

The rest of the video shows the chosen ones' reactions to Swift's gifts.

This level of fan interaction is nothing new for Swift. Before the release of her 1989 album, she invited fans to listening parties in several cities.

A group of fans were also featured in the music video for Shake It Off.

This article was first published on January 5, 2015.
Get The New Paper for more stories.