CL body-shamed, Ailee tears up on diet, revealing harsh side of K-pop

Singer CL was bombarded with headlines and comments on her appearance after pictures emerged in which she appeared to have gained weight while travelling to Singapore last week.

She was photographed at Incheon Airport on her way to the Southeast Asian country.

The singer from now-disbanded 2NE1 was even labelled as "XL" by a local media outlet, an abbreviation of the "X-large" size, which was intended to rhyme with her stage name.

Another Korean media outlet was quick to use an explicit word to portray CL's appearance in a negative way, touching off a storm of critical tweets.

Critics pointed out the problems linked to body shaming in the media, sparking a wave of sarcastic memes and comments hitting back at them.

As fans jumped to the defence of the singer, rumours spread like wildfire over her health as well as her allegedly "shaky" relationship with her former agency YG Entertainment.

CL is one of the many artists in Korea who face overwhelming pressure over their weight.

In a separate yet related incident, singer Ailee also came into the spotlight as she teared up while talking about the time when she had to go on an extreme diet to keep her weight low.

On the episode of the JTBC music game show "Hidden Singer" that aired last week, Ailee said, "I was sad. I'm supposed to be a singer who sings but I had to (lose weight) in order to go onstage."

Ailee also said she weighed around 49 to 50 kilograms when a flood of articles about her diet emerged, describing the period as a time when she was "most depressed" and lived on a tiny amount of fruit and vegetables every day.

However, the singer said she no longer cares too much about her weight and that she is happier now than ever as she can focus on music.

Read Also
Hardest part of being in a K-pop girl group? The strict diet 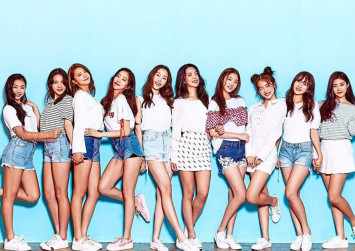 Female celebrities often downplay their strict diets on TV shows despite how tough and depressing the process can be, treating diets almost as a "ritual," said Lee Jong-im, a researcher at the Center for Culture & Society, in an interview with The Korea Herald

"Even though some of these diets border on 'abuse' in my opinion, female celebrities often shrug off their painful past while on TV and focus on the outcomes, such as having bought their parents cars or homes or having created a fandom," she said.

Lee, who recently wrote a book on the hardships faced by idol trainees, said that K-pop is a visual-focused culture. The media's narrative on the appearance of celebrities, particularly women, is also responsible in part for the harsh criticism over their weight, she said.

"It's not K-pop itself that is the problem, but agencies, the media and the public that expect their idols to look like they do in music videos all the time," Lee said.