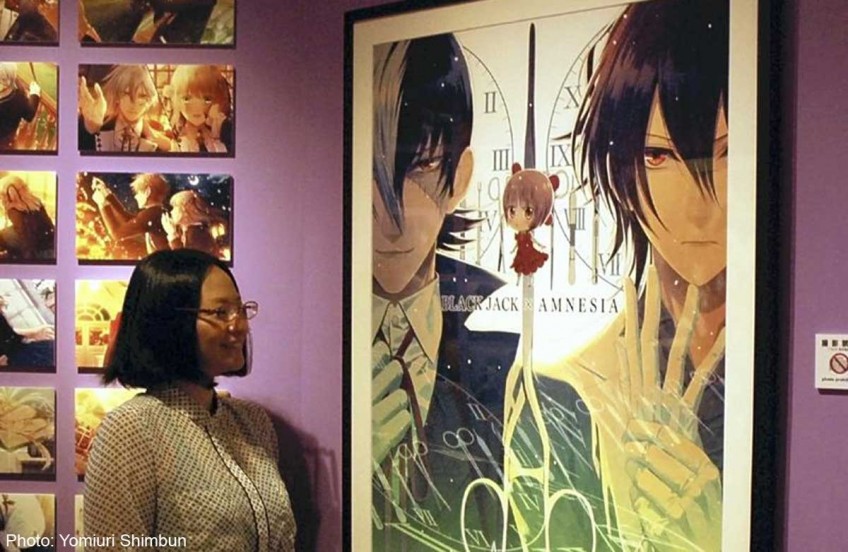 A visitor looks at the exhibition.

The exhibition, which is titled "Tezuka Otome Ten" and runs through Oct. 27, presents illustrations in which characters from such Tezuka masterpieces as "Ribon no Kishi" (Princess Knight) and "Buddha" are drawn by video game creators, who have given them the sensibilities of a new generation.

Otomate is a pioneering brand of "otome games," or girls' games-usually romance simulation games in which the player takes the role of a protagonist who develops a romantic relationship with a male character. So far, about 100 such video games have been released by the brand. Some of them have been made into anime or adapted into plays for the stage.