A clean version of Squid Game? Why Chinese platforms won't license the show

The Netflix series Squid Game is seen being played on a mobile phone on Sept 30. The show's graphic violence makes it unlikely to get an official release in China, where the show is already widely pirated, making it even less appealing to video-streaming platforms and broadcasters.

When 25-year-old Shanghai resident Sherry Zhang was recommended a South Korean drama called Squid Game, she knew exactly where to turn, and it was not the show's official distributor, Netflix.

Rampant piracy of the massive hit television show reveals not just a problem for the US tech behemoth that owns the streaming rights, whose service is not available in China, but also a hurdle for any company that might want to take advantage of the drama's popularity.

However, experts and viewers agree that censors were never likely to tolerate the show's graphic violence and themes of inequality.

"I don't think the show will be aired in China officially," said Zhang, who noted that the show's values do not reflect those of mainstream culture promoted by the government.

"It's kind of in a grey area. If the country really wanted to ban it, we wouldn't be able to find information related to it online."

Zhang is among tens of thousands of Chinese netizens who have found readily available information on where to watch Squid Game in China illegally, which includes illicit video streaming sites, peer-to-peer downloads and cloud storage providers.

This has helped make the show a hot topic on Chinese social media for weeks.

Despite Squid Game's success as the largest launch ever on Netflix, viewed by more than 111 million users to date, no Chinese streamers or broadcasters have dared pick up the domestic distribution rights.

For a foreign television show to be aired in China, such as the hit HBO fantasy epic Game of Thrones, it has to first find a Chinese broadcaster willing to pay for it, and then go through an opaque censorship process.

The dystopian nature of Squid Game, peppered with violence and sex scenes, makes it one of the most likely to be vetoed by Chinese censors.

The rising popularity of short video platforms like Douyin, the Chinese version of TikTok, has also taken time away from other media.

When a 100-minute Friends reunion special was released earlier this year on iQiyi, Tencent Video and Youku, it was a hot topic in China, where the show enjoys widespread popularity.

But the platforms officially licensed to air it were incensed to find that many people had chopped the special up into short-video summaries available on other platforms.

Censorship has also come with challenges.

Fans were especially irked when Tencent delayed the release of the series finale because of a "technical issue", a term often used when censorship is involved.

Lu Peng, a researcher from the Shanghai Academy of Social Sciences, agreed that Squid Game is unlikely to get an official release in China.

"Apparently the violence is beyond our standard," he said.

"For companies like Tencent and iQiyi, their self-produced shows may have more influence with lower costs. For this kind of show, which has already been spread [online], China's video platforms may not be willing to busy themselves with helping others [view it]."

Baidu-owned iQiyi declined to comment. Tencent and Youku did not respond to requests for comment. Youku is owned by Alibaba Group Holding, which also owns the South China Morning Post.

In 2015, China's National Radio and Television Administration demanded that all foreign series be registered and with a license number before being broadcast, making it difficult to prepare simultaneous releases for episodes in China. 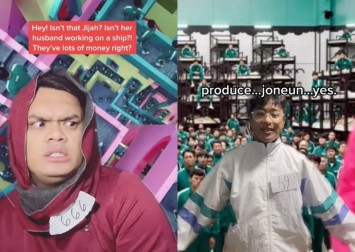 Getting approval for shows that are especially graphic is also difficult because China does not have a rating system for TV shows.

Hye-Kyung Lee, who researches the rise of K-dramas and K-pop at King's College London, said removing all the violence for a China release would make the show unrecognisable.

"A clean version of Squid Game? It would not be the same drama," she said.

"I am not sure if this drama will ever pass Chinese censorship, as there are too many killings and there is a lot of extreme [content], which is essential for the storyline."

The show is different from Game of Thrones, according to Lee, because its content makes it ripe for political satire.

"The drama is very meme-able," she said. "People can easily … use key motifs of the drama to mock the powerful."

Even without an official release, the show is as buzzy on Chinese social media as anywhere else.

A related topic on microblogging platform Weibo has been viewed 1.9 billion times.

Users continue to share their thoughts about the show, including musings on what a Chinese version of dalgona, a Korean toffee confectionery featured in Squid Game, might look like.

Chinese factories and e-commerce merchants are already cashing in on the show's popularity.

On Alibaba's Taobao, China's largest online shopping platform, sellers are offering products such as costumes inspired by the South Korean thriller and dalgona, with one listing titled "99 per cent same as the one in Squid Game".

A human resources professional surnamed Wang, who lives in the southern city of Zhuhai, neighbouring Macau, first came across some clips of the show spread on Douyin.

He subsequently downloaded the entire season and stayed up until 6am binge-watching all eight episodes.

"The theme is not particularly new, but the Korean production has made it more sophisticated and well-knit," he said. "They put a lot of effort into the set-up, as well, which makes it so absurd, yet real."

"The standard in China is that adults are only allowed to watch what kids can watch," Wang added. "But a censored version of the show [without the violent scenes] would be unwatchable."

China's video-streaming platforms have been struggling to keep viewership high in the pursuit of profitability. In the second quarter, iQiyi reported a net loss of 1.4 billion yuan (S$293.4 million).

Last year, Tencent revealed for the first time that operating losses for Tencent Video had fallen below three billion yuan in 2019, "substantially lower than the loss rates of industry peers". 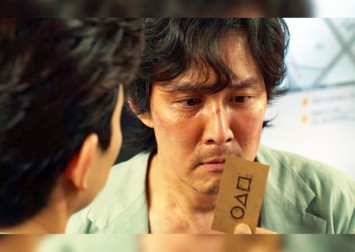 Tencent did not disclose the latest financial details of its video unit, but said that it had 124.5 million subscribers in the second quarter this year.

The three biggest platforms are no strangers to bringing popular foreign shows to Chinese audiences.

In addition to Game of Thrones, Tencent released the crime drama Mare of Easttown, which stars Kate Winslet, as part of a content partnership with HBO initiated in 2014.

Netflix also briefly had a deal with iQiyi to stream its original content such as Stranger Things and BoJack Horseman in China, but the Chinese platform's CEO said in 2019 that the partnership had ended.

Chinese platforms are also busy producing their own shows. The debate show Qipa Shuo, formerly known as I Can I BIBI in English, became popular on iQiyi, as did the reality competition show The Rap of China.

Going the other way, Netflix started securing the rights to Chinese period dramas in 2015.

It now has the global distribution rights to shows like The Rise of Phoenixes, originally released on iQiyi in 2018, and the Tencent production Nothing but Thirty.