Song Mino from K-pop group Winner drew hundreds of K-pop fans to a Clubhouse room recently. The audio app for iPhone users has become a forum for K-pop artists and fans.

It was just a general conversation about K-pop, with fans chatting about their love for the music. Then the room’s numbers started to climb, with tens, then hundreds of individuals rushing in.

The reason? Song Mino, a member of K-pop group Winner and a popular rapper and television personality in South Korea, had entered the fandom space on Clubhouse.

The audio app, which allows iPhone users to engage in conversations in dedicated “rooms” and “clubs”, has swiftly become a space where industry insiders and the general public engage in discourse, and for the Korean music scene it has turned into a place where artists, industry folks, and fans connect.

The advantage of Clubhouse is that only people speaking “onstage” at any given moment can talk with one another, with moderators facilitating, so celebrities and influencers in a wide range of industries are sharing their thoughts and holding conversations in spaces moderated by peers.

This has created a fly-on-the-wall culture where dialogue can take place in a public forum in real time without direct feedback from anyone in the audience unless they are passed the mic – a change from many social media platforms where audience feedback can derail conversations – and many in the Korean music world are taking advantage.

As Clubhouse grows, Korean artists are holding conversations with one another. Several Korean R&B and hip-hop artists host a room for listening to and talking about music at least once a week.

If you’re lucky, you may come across a room where Hyomin, a member of T-ara, a K-pop girl group popular in the last decade, compliments Bibi, a rising star in the Korean music scene today, or one into which rapper Simon Dominic wanders; his appearances in rooms are so frequent there’s a Clubhouse meme in Korean rooms where he appears, with people saying “Simon again?” when he arrives.

Beyond the stars themselves, employees at South Korean entertainment companies hold chats with industry peers, and former K-pop trainees can be heard chatting with fans. Though most conversations on social media platforms are top-down, with stars and industry people controlling them, Clubhouse is bringing people from all walks of life together.

Mrshll , a multifaceted artist who grew up in the United States and is now based out of Seoul, has rapidly made a name for himself as a moderator on Clubhouse, and has nearly 6,000 followers on the app.

He talks in both Korean and English about pretty much everything under the sun – often the music industry and his life as a queer Korean-American – and helps facilitate bilingual conversations; many rooms on Clubhouse feature volunteers translating conversations, bringing global audiences together.

He’s just one of many artists building reputations on the app for engaging in conversation about their careers and lives.

Not everyone is loving Clubhouse, however; some Korean stars have spoken out against the app. It has spurred some less than savoury behavior, with reports of people switching to iPhones from other phone brands or paying obscene amounts to get invitations.

DinDin, a popular rapper and television personality, for instance, made an account on Clubhouse. But he’s publicly opposed the competition for access to rooms, saying people were behaving like a modern-day aristocracy by monetising invitations so that if you can pay, you can play.

Clubhouse has since changed the invitation-only access to include a waiting list, through which users can allow people they know onto the app once those individuals sign up. However, it is still a slow-growing platform and what many perceive as intimacy feels cliquey to others. 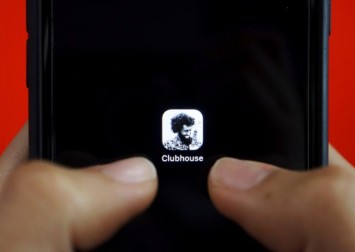 Despite such concerns, more K-pop insiders are joining Clubhouse. On February 18 Mark Tuan , who recently moved back to the US after K-pop group Got7’s contract with their former label expired, made a room to chat briefly with fans.

After a bit of brief conversation and some chaos – plus some talk about his recently released song with Sanjoy, One in a Million – Tuan left. That prompted some fans to follow up the brief interaction with another room amusingly titled, “So no one gonna teach Mark how to use the app?”

Given that K-pop stars often have heavy oversight from managers and public relations people on social media platforms and in their public appearances, it has yet to be seen whether some of the biggest K-pop idols will join Clubhouse. For now, it’s a forum for fun and conversation for musicians of a forthright nature and industry professionals who want to talk both among themselves and with fans.

Twitter is set to launch a similar experience, known as Spaces, so although Clubhouse is on the rise it remains to be seen how long this lasts. If it does, and the freewheeling conversations continue, it’s gearing up to become one of the most interesting spaces online for Korean music this decade.