This year has been proven to be quite a roller-coaster ride for Kang Daniel, arguably the hottest K-pop act of the moment.

Despite all the trials he has been through, the young man sitting in front of us has a warm smile that lights up the room.

He was in Kuala Lumpur recently for his Color On Me fan meet.

Born as Kang Eui-geon, he legally changed his name to Kang Daniel because he found that people had a tough time pronouncing his birth name.

The cheery lad grew up in Busan, a large port city in South Korea, well-known for its beaches, mountains and temples.

In July, he was appointed as a promotional ambassador for Busan, voted by its residents. 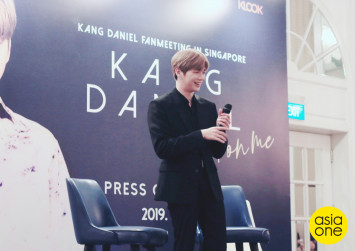 Though still considered a rookie by industry standards, the 22-year-old has somehow made it into the big league.

Despite being on hiatus for six months due to a court case with his former agency (more about that later), the singer has managed to maintain the phenomenal record of topping South Korea's Idol Chart for 80 consecutive weeks.

But it wasn't always the case for Kang. In fact, he was close to quitting when he first started out. Though he starred in a few reality series, Kang was disheartened with the reception he received.

He was ready to thrown in the towel and move to Canada as he felt his career was stagnant. However, when he signed on to star in the second season of the reality series Produce 101, his luck changed. 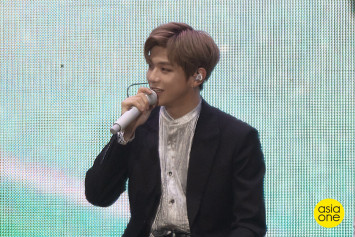 Kang emerged as winner on the show in 2017 and went on to be part of the boy band Wanna One, which won him a legion of fans.

While the group disbanded in January this year, Kang's star continued to rise. But just several months ago, it looked like Kang was about to lose everything when he brought on a lawsuit against his agency.

A rookie versus a big agency? It was a case of David and Goliath.

Again, luck was on his side when he won a lawsuit against his former agency LM Entertainment for breach of contract as they sold his exclusive contract rights to MMO Entertainment, for an amount that was 10 times the contract deposit :RM175,000 (S$56,950).

Now that all the drama is in the past, Kang is ready to move on.

First up: the business aspect. To avoid being treated as a commodity again, the enterprising fellow has established his own company, KD Corporation, and his own agency, KONNECT Entertainment. He is registered as CEO of both, and currently produces his own content.

If there is one thing that Kang is known for in 2019, it is for breaking records. 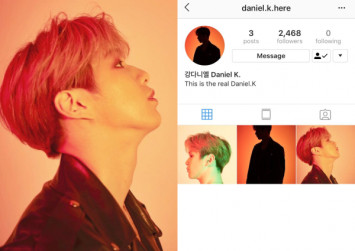 On Jan 1, he kicked off the new year with a new Instagram account (@thisisdaniel_k) and proceeded to set a new Guinness World Record for being the fastest individual to gain one million followers at 11 hours and 36 minutes, breaking Pope Francis's 2016 record of 12 hours.

(The current record is 5 hours and 45 minutes, set by Prince Harry and Meghan Markle, with their joint instagram account @sussexroyal on April 2.)

Sadly, Kang lost access to that account due to a dispute with his then agency. Never one to give up, he started another account (@daniel.k.here) which has already garnered 2.1 million followers.

After the dispute settled, Kang was ready to make his comeback. And his fans were ready to welcome him back with open arms.

He has been spending the past few months travelling around Asia to meet up with his fans (affectionately known as Danity) to thank them for their unwavering support.

"It goes without saying that my fans are my biggest inspirations," he said.

He had said in previous interviews that he is taken aback with the success of his debut album as he was inactive for half a year.

"I didn't have any expectations of the results (for the album) because I was not active for a while. We had to crunch production time on the album so I could meet my fans sooner," he told Straits Times Singapore in a prior interview.

"With this short production time, I reckon there is still room to improve. The amazing results the album had was a collaborative achievement of my fans instead of just me as an individual," he added.

Kang is also currently starring in a new travelogue, Colorful Daniel, which documents his recent travels to conduct his fan meets around Asia.

"How I came to make Colorful Daniel is because I wanted to show my everyday life when I travel to different cities for the fan meet, like a vlog. I thought the fans would like to see a different side of me," he said.

However, like most reality show, some parts are scripted. "While I wanted to share my everyday life with Danity, this is not exactly my real 'everyday life'. That would just be boring because it'd be me staying at home, playing games, watching TV …" 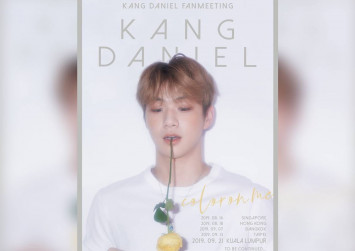 So, Kang and the crew put in extra effort into planning "colourful" activities in every country he visited.

"I got to try things I've never done before. And, I could feel the charm of each city. Every moment was unforgettable; they are a precious memory to me," he said of the experience.

Of all the things he had done for the web series thus far, Kang said that he found skydiving to be the most enjoyable.

He encourages Malaysian fans to watch the series as Malaysia will be featured on the show.

Having recently transitioned from group to a solo artiste, Kang spoke candidly about the challenges of having the whole stage to himself.

"Because I'm on stage alone, it looks more empty, and it also exposes my weaknesses as well. But, I feel like my task is to do my best to cover for all that."

Judging by the amount of fans who show up at his fan meet around Asia and the deafening screams when their idol appear on stage, it looks like Kang doesn't have anything to worry at all.