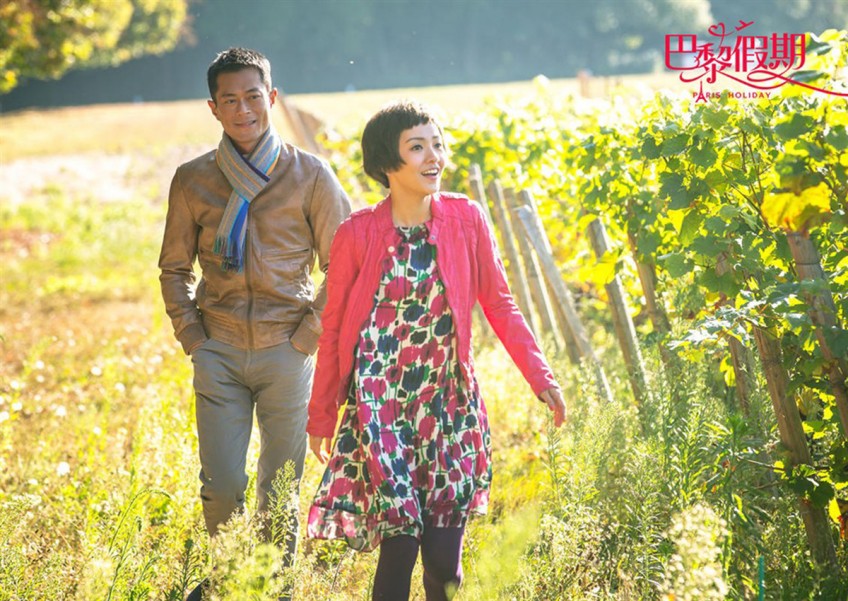 Attack on the Titan - Part 1 (Japanese) Mankind is under the terror of titans, a beast that feasts on human flesh. Eren Yeager, a young boy determined to make change when he himself could transform into one. He is humanity's last hope. (Click here to read AsiaOne's review) A group of graduate students have booked passage on the fishing trawler Harbinger to study the effects of global warming on a pod of Orcas in the Bering Sea.

When the ship's crew dredges up a recently thawed piece of old Soviet space wreckage, things get downright deadly. It seems that the Russians experimented with tardigrades, tiny resilient animals able to withstand the extremes of space radiation. The creatures survived, but not without mutation.

Now the crew is exposed to aggressively mutating organisms. And after being locked in ice for 3 decades, the creatures aren't about to give up the warmth of human companionship. Kit (Louis Koo) leaves Hong Kong for Paris with a broken heart to start a new page of life and wine business. Through real estate agent, Lau Chung (Alex Fong), he finds a shared apartment with a weird tenant, Man (Amber Kuo), a desperate artist going through a bad break-up.

At the beginning, Man's eccentric and insane behaviour gets onto Kit's nerve, but after knowing Man's heartbreaking past by chance, Kit decides to stay and teach Man how to get over a failed relationship, as this is exactly what he had encountered in the past. Kit also helps Man regain inspiration for drawing.

Soon, the two become closer and begin to fall in love with each other. Just as they are taking things forward, the people of their past come back into the picture to complicate matters for the love birds. When intergalactic aliens discover video feeds of classic arcade games and misinterpret them as a declaration of war, they attack the Earth, using the video games as the models for their assaults - and now-US President Cooper must call on his old-school arcade friends to save the world from being destroyed by PAC-MAN, Donkey Kong, Galaga, Centipede, and Space Invaders. Joining them is Lt Col Violet Van Patten (Michelle Monaghan), a specialist supplying the arcaders with unique weapons to fight the aliens. After the "Taiping" docked in the harbor, people rushed on like a swarm of hornets. Extensive luggage and bundles of steel bars were hoisted onto the ship. Ze Kun (Takeshi Kaneshiro), Yu Zhen (Zhang Ziyi) and Da Qing (Tong Dawei) board the ship. January 27, 1949, 'Taiping' set sail from the pier.

Passengers were celebrating Lunar New Year on ship, a feeling of calm filled the ship. The drunken sailors in control room didn't notice that they put the ship onto a collision course. A huge shadow closed in and the moonlight revealed a name, 'Jian Yuan'.

Passengers were violently awakened by the loud crashing. Frightened, people gathered on the starboard side of the ship, screaming and panicking as they saw 'Jian Yuan' sinking rapidly. Sailors abandoned the ship and swam towards "Taiping" for help. Ze Kun realized that "Taiping" was also in danger.

The film shows a turbulent period in modern history and shows how love can survive and overcome all difficulties.