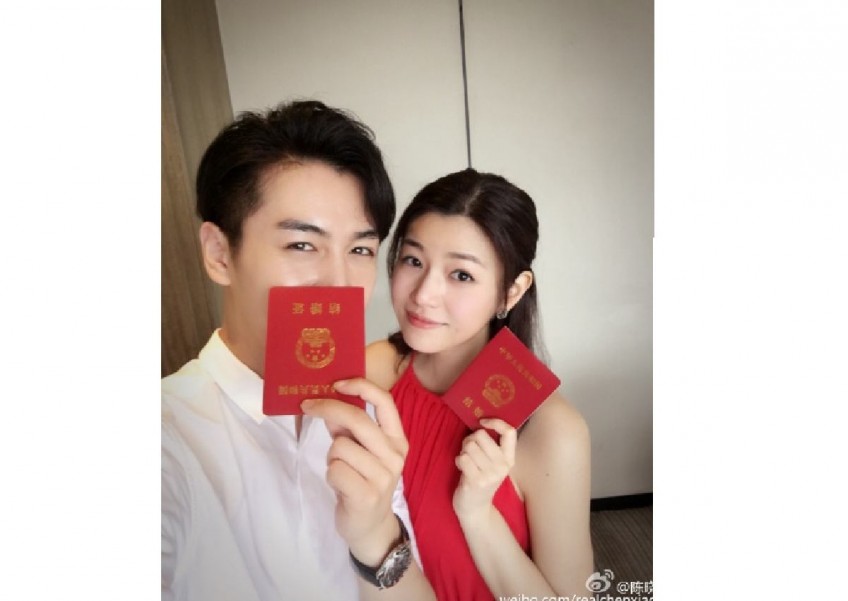 BEIJING - It was triple happiness for the lovebirds from television's The Romance Of The Condor Heroes on Tuesday (July 5).

On his 29th birthday, Chinese actor Chen Xiao married Taiwanese actress Michelle Chen in Hefei, eastern China and announced that they are having a baby, said NetEase website.

He posted photos of them and their marriage certificates on Weibo, with a message: "Starting today, you are my wife. Looking forward to the arrival of a new life!"

Michelle Chen, 33, reposted her husband's message and added: "From now on we are three. PS happy birthday, my husband."

They are said to be holding a wedding in Beijing on July 19 and a banquet in Taipei on July 21.

The couple fell in love after they played the lovers, Yang Guo and his mentor Xiao Long Nu, in the 2014-2015 adaptation of the Louis Cha tale.

This article was first published on July 5, 2016.
Get a copy of The Straits Times or go to straitstimes.com for more stories.