Creepy napkins handed to airplane passengers prod them to flirt

Perhaps it was all made in good fun, but some passengers were not too appreciative of Delta Air Lines' latest ploy which involved napkins and some "old school" flirtatious prodding.

The airline recently apologised after giving its passengers Diet Coke napkins in previous flights. The napkins apparently contained a message, which prods the receiver to write their phone numbers on the napkin and give it to their "plane crush."

The napkin read: "Because you're on a plane full of interesting people and hey… you never know," and on the back, "Be a little old school. Write down your number and give it to your plane crush. You never know…"

A certain Mike (@MJJoe) took to Twitter on Jan. 31 where he shared pictures of the said napkin he received during his flight on Wednesday, Jan. 30.

"Napkins received from @Delta on Wednesday flight seem unintentionally creepy," he said. "Especially after reading the smaller print. Swing and a miss, @DietCoke."

A netizen who also received the same napkin during their flight took to Twitter on Jan. 21 where they gave their sentiments about it. The netizen also found the napkins "creepy as f*ck."

"Hey @Delta and @CocaCola these napkins are creepy AF," the netizen (@ducksauz) called out. "Pretty sure no one appreciated unsolicited phone numbers in the 'good old days.'"

The netizen added that plane passengers surely would not want anyone staring at them for hours.

"They sure as heck don't want the number of someone who has been gawking at them on a plane for hours today. Not a good look."

Delta and Coca-Cola, from their end, have since apologised for "missing the mark" and causing anyone offence, as per INSIDER on Feb. 7 (Feb. 6 in the United States). 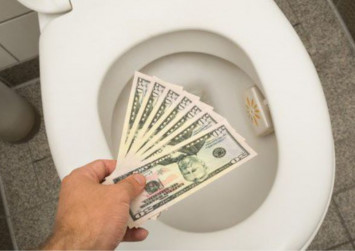 "We rotate Coke products regularly as part of our brand partnership, but we missed the mark with this one," a Delta spokesperson was quoted as saying. "We are sorry for that and began removing the napkins from our aircraft in January."

Coca-Cola, meanwhile, assured the napkins are going to be replaced with other designs.

"We sincerely apologise to anyone we may have offended," a Coca-Cola spokesperson said in the report. "We worked with our partners at Delta to begin removing the napkins last month and are replacing them with other designs."