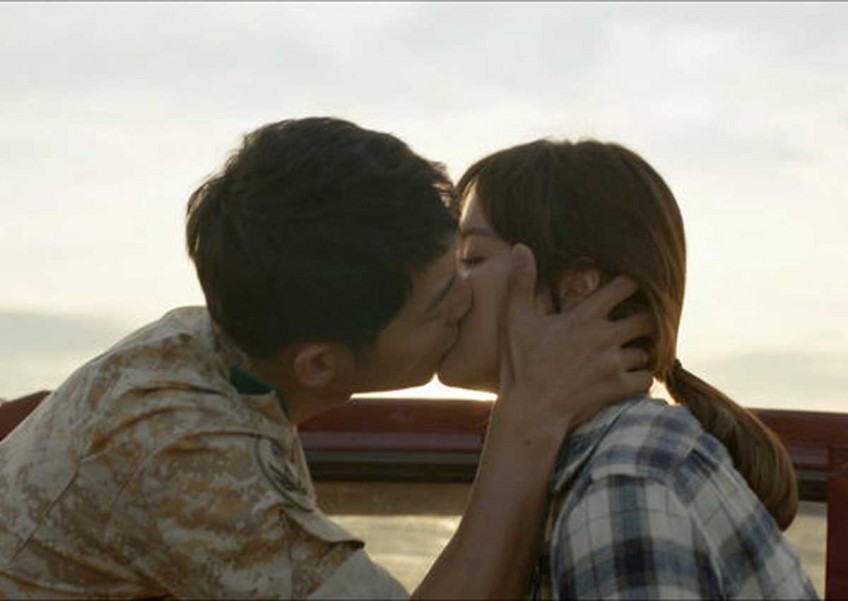 The special episode of "Descendants of the Sun" attracted 17.7 per cent viewership nationwide, proving its unceasing popularity even after the drama's finale last week.

The first of a three-part special went air on Wednesday evening. It recreated the 16-episode series into hour-long section, mainly focusing on the love story between the protagonists Song Joong-ki and Song Hye-kyo.

The episode beat the competitors in the same time slot. MBC drama "Goodbye, Mr. Black" gained 8.1 per cent viewership while the first episode of SBS drama "Entertainer" kicked off with less-than-satisfactory 6.2 per cent.

The other two special episodes will air at 10 p.m. on Thursday and 9:35 p.m. on Friday, which will contain behind-the-scenes clips of the drama.

KBS2 drama "Descendants of the Sun," which aired from February to April, successfully wrapped up last week, with the final episode reaching a record 38.8 per cent viewership.