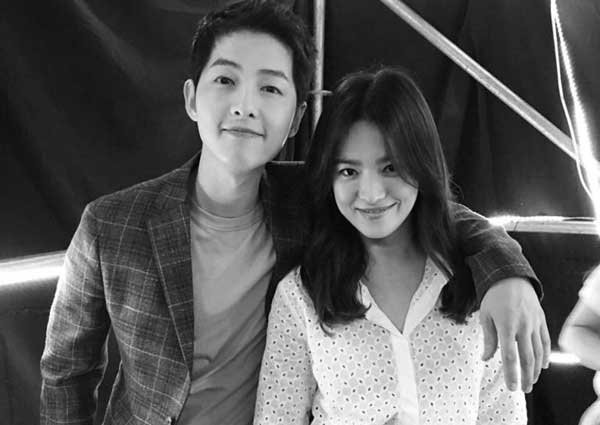 Song Joong-ki and Song Hye-kyo, who repeatedly denied rumours that they were dating, announced Wednesday through a joint statement written by both of their management agencies that they are getting married on Oct. 31.

Their statement said: "Because marriage is not so simple but rather involves both of the family, we were very careful with everything - it is a very sensitive and significant moment in everyone's life and that is why we're giving out this statement now.

"We hope everyone understands. We would like to ask for many blessings for the beautiful future of the two individuals, and the two actors will also share the news with their fans."

Song Joong Ki and Song Hye Kyo met through their very popular drama 'Descendants of the Sun'. They were reported touring Bali recently, fuelling speculation that they were really serious in their relationship.

The two shared the grand prize at the KBS Drama Awards last year, as well as the award for best couple.

"Descendants of the Sun," a series about life surrounding the barracks, proved popular within and beyond Korea in what has been dubbed "Taehoo (an acronym from the show's Korean title) syndrome."

Song Joong-ki, 32, debuted in 2008 and blossomed to stardom in 2010's "Sungkyunkwan Scandal" before hitting it out of the park with his work in "Descendants of the Sun."

Song Hye-kyo, three years his senior, debuted in 1996 as a model before expanding her range to acting. She left a lasting impression on the public through her gig in 90s hit sitcom "Soongpoong Clinic," and has appeared in a number of hit TV dramas, including "Full House" and "Hwang Jin Yi."