Desmond Tan: Sex scene in Derek 2 will be steamier 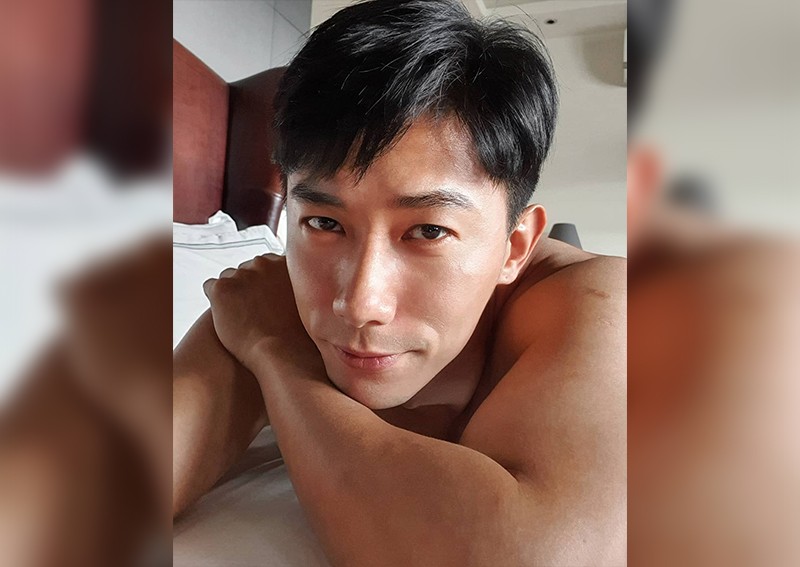 Ever wanted a man who's tall, handsome and enigmatic?

Well, Desmond Tan's your guy because he's back in his role as the titular serial killer from the Toggle Original series Derek, and he told 8world that the sex scene is going to be steamier in the second season, Derek 2.

You'd think that having acted in a sex scene and baring his tight butt in the previous season would make Desmond a pro at this, but he confessed that he felt a lot of pressure.

The 33-year-old revealed that it was the first time he's working with his co-star, Singaporean actress Jae Liew, and he wasn't sure what she would be comfortable with during the filming of the scene.

He said: "We didn't know each other before this, and I was in Taiwan for four months and started filming the day after I returned to Singapore. I spent the whole day with Jae shooting many sex scenes and there was so much pressure! After all, I don't know what her boundaries are."

But he probably has nothing to worry about because his former co-star, Chantalle Ng, had nothing but praise for Desmond's professionalism during the filming of such steamy scenes.

When it came to Desmond, she said he made her feel comfortable and safe. She explained previously: "Before we started filming, he took the initiative to talk to me, crack jokes and made me feel relaxed.

"Before we started shooting each sex scene, he would always communicate clearly to me and discuss what he was about to do so I could finish the shoot in the safest and most comfortable environment."

Both his female co-stars also agreed that he was attractive and Jae, 29, attributed the source of her pressure to his sculpted body.

She admitted: "My character wears very tight clothes so if I eat too much, my tummy shows. I went to work out and lost 4kg for this role. The reason I work so hard is because of Desmond's good physique. I didn't want to look bad next to him."

But as attractive as Derek is, Desmond is very wary of fans romanticising the killer who is as mysterious as the dark side of the moon.

The comments ranged from "This killer is too sexy" to "Can you kidnap me?" and "Can you torture me like you do in the show?", which led Desmond to be worried that the younger audience might get too immersed in the show and start liking bad guys in real life.

So he's gonna hold back on his charms in the second season.

The actor also hopes that the audience will be more discerning between a scripted character and real life. He said: "You can like the show but don't obsess over the fictitious role of Derek. You guys can like Desmond more!"

Derek 2 premieres on Feb 14 on meWATCH (previously known as Toggle).

ALSO READ: 5 Not Safe For Kids (NSFK) shows to enjoy when the children are away