Los Angeles - Another actress added her name Monday to the dozens accusing movie mogul Harvey Weinstein of a litany of depraved sexual misconduct as he was forced to quit Hollywood's directing union.

More than 100 women have come forward since October to accuse the veteran producer of various degrees of bullying, degrading behaviour over the past 40 years, from intimidation to rape.

In the latest case filed in a New York federal court, aspiring British actress Kadian Noble is accusing Weinstein of inviting her to a hotel room in France and sexually assaulting her.

The civil lawsuit says the producer - who denies all allegations of non-consensual sex - violated US federal sex trafficking laws during the incident in Cannes, France, in 2014. 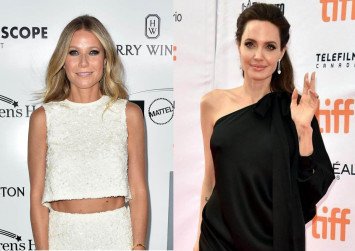 The suit accuses Weinstein of groping her, pulled her into his hotel bathroom and forcing her to pleasure him, telling her that "everything will be taken care of for you if you relax."

A spokesman for the Directors Guild of America confirmed that Weinstein had resigned, several weeks after president Thomas Schlamme announced disciplinary charges against the tycoon, but refused to comment further.

The filmmaker has been involved in more than 300 movies spanning six decades but has just two directing credits, for the animated 1987 film "The Gnomes' Great Adventure" and 1986 comedy "Playing for Keeps."

The 65-year-old has already been expelled from the Academy of Motion Picture Arts and Sciences, which runs the Oscars, and has resigned from the Producers Guild of America.

He also parted ways with The Weinstein Co., the production house he and his brother Bob co-founded, and was suspended by the British Academy of Film and Television Arts.

Two female-led investor groups are interested in taking over The Weinstein Co., which is on the verge of bankruptcy, with a figure in the region of $275 million reportedly on the table.

Announcing disciplinary action against Weinstein in October, the DGA released a statement condemning the "scourge" of sexual harassment and calling for a zero tolerance approach to abuses of power.

"This isn't about one person. We must recognise sexual harassment is endemic in our society, and painfully, in our industry. We believe that every individual has the right to a safe workplace," it said.

"The unfortunate truth is that there are those who abuse the power that they hold. For far too long, many have not spoken out - directors, agents, crew, executives, performers, producers, writers. This shameful code of complicity must be broken."

Noble is seeking unspecified damages, accusing Weinstein of being able "to force or coerce" her into sexual activity in his hotel room by promising her a film role and to wield his influence on her behalf.

She is also suing the Weinstein Co. and Bob, accusing them of being aware of Weinstein's behaviour and of contributing to his foreign travel to recruit women into "forced or coerced sexual encounters."

Police in New York, Los Angeles, Beverly Hills and London have confirmed are investigating allegations of sexual assault that have been made against Weinstein.