SAN FRANCISCO - Disney on Thursday (Nov 9) announced plans for a new Star Wars trilogy as it builds on the beloved and profitable science fiction film franchise.

"We have big ambitions for the Star Wars franchise," Disney chief executive Robert Iger said during a quarterly earnings call.

Disney just closed a deal with Rian Johnson, director of "The Last Jedi" to develop a brand new trilogy, according to Iger. 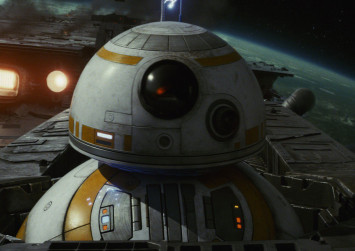 The Star Wars franchise has been "exceeding expectations" since Disney acquired LucasFilm five years ago, according to Iger.

Disney planned to launch Star Wars feature films in a new direct-to-consumer pay service that will offer "thousands of hours" of film and television content, he said.

Disney touted the box office success of the last two released films, and expressed confidence "The Last Jedi" set for release next month would be a hit.

"The excitement will only intensify as we get closer to the release date," Iger said of the coming instalment.

Production recently began on a film based on the story of Han Solo, a character played by actor Harrison Ford in the original trilogy, according to Disney executives.

"We've got more great Star Wars movies already planned for years to come in addition to the 2019 release of Episode 9," Iger said.