Users of the new streaming service, which launched in the US on November 12, have seen the messages attached to films such as 1941's Dumbo, 1955's Lady and the Tramp and 1953's Peter Pan.

The message reads: "This programme is presented as originally created. It may contain outdated cultural depictions."

Another message says: "The cartoons you are about to see are products of their time. They may depict some of the ethnic and racial prejudices that were commonplace in society. These depictions were wrong then and are wrong today.

"While these cartoons do not represent today's society, they are being presented as they were originally created, because to do otherwise would be the same as claiming these prejudices never existed."

The disclaimers hint at Disney's sensitivity over their cultural depictions in old films.

Dumbo - which has been remade as a live-action film - contains a group of singing crows who have been criticised for being African Americans stereotypes. 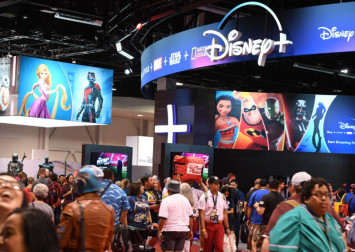 One was named after Jim Crow, the nickname for the system of laws enforcing segregation in the south after the American Civil War.

Meanwhile, Lady in the Tramp features a pair of Siamese cats who are given exaggerated Oriental accents.

Author and critic Josh Spiegel believes the disclaimer is the "bare minimum" Disney could have done regarding the issue.

He told The Verge: "It's encouraging to see Disney acknowledge the darker elements of its past film and TV content, but this disclaimer is also the bare minimum. Frankly, a lot of Disney+ subscribers might not even notice the disclaimer, instead of just clicking play on a title."