This doc believes laughter is the best medicine 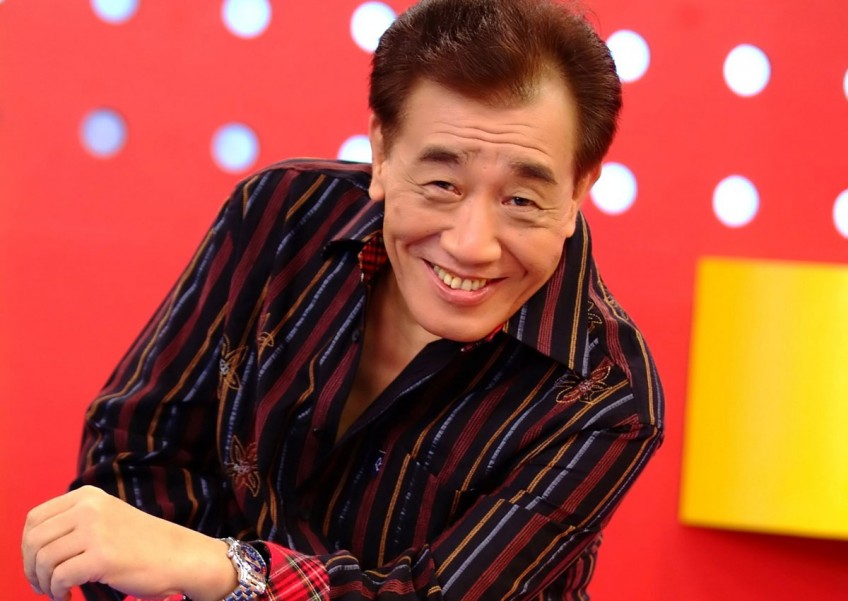 Before he joined show business over five decades ago, Taiwanese host-singer Zhang Di (right), 74, was a medical doctor.

But he quit because he believed that laughter is the best medicine.

And that is what Zhang, known for his ad-libbing skills, will be dishing out at his concert at Resorts World Sentosa tonight. He will perform alongside Taiwanese singers Chen Jin-pei and Wu Hsiu-chu.

Over the phone from Taipei, Zhang says in Mandarin: "When I was a doctor, the patients were mostly frowning because of their health conditions.

"But I wanted people to laugh and smile when they saw me. If someone is happy and relaxed, he is likely to be in good health. I chat and joke with the audience to help them forget their troubles."

The eloquent entertainer, famous for his off-the-cuff lyrics, has been dubbed the King of Quick Wit.

His modus operandi: audiences throw him a question or topic and he makes up a ditty on the spot.

Zhang confidently claims that he has never been stumped.

"I always manage to come up with a song that will satisfy the audience. I will add humour that will have the audience laughing their heads off."

He adds that he continues to perform because he enjoys it .

His secret to being so quick on his feet is a simple one - he reads the news daily.

"I keep up with current affairs and the latest trends. I know what youngsters are into these days. If they ask me about the latest iPhone model, I can talk to them about it," says Zhang, who uses an Android phone.

Connecting with the younger crowd should not be an issue for the veteran crooner. After all, his wife is reportedly 33 years younger than him. According to Taiwan media reports, she used to be his long-time assistant. They are said to have no children.

Zhang says: "There's no generation gap. Age is not an issue. We are very happy together."

In fact, he adds, it's to his wife's advantage to be in a May-December relationship. "As the older one, I'm more sensible. I give in to her and pamper her."