Don't cry when you see Choi 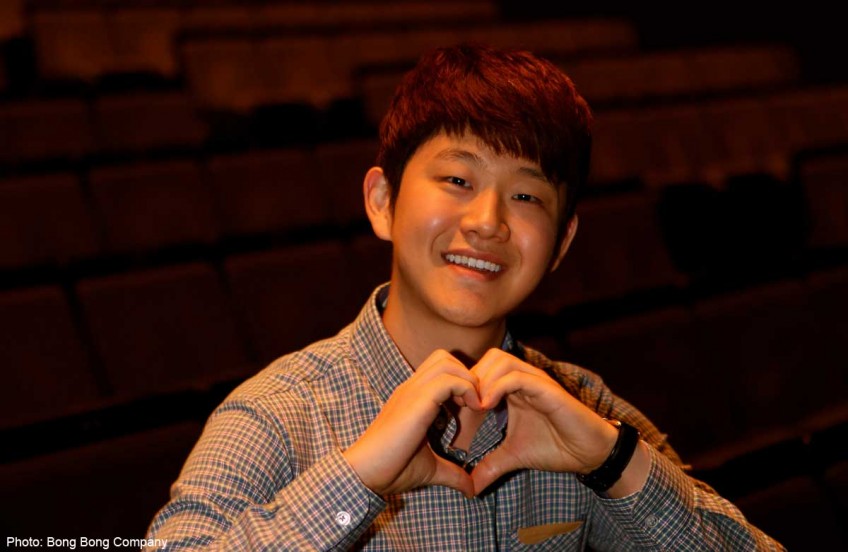 South Korean singer Choi Sung Bong, 24, recently released his first album on his own, a rare venture in an industry that is dominated by influential mega-entertainment agencies in the country.

He is undaunted by the challenges of being an independent.

"I've been earning money for 20 years. I believe I will find a way to overcome the challenges," he tells Life! in an interview via a translator on Monday.

Choi is not exaggerating; he has been fending for himself since early childhood.

If you do not already know, he is the homeless orphan who lived on the streets for a decade from age five and went on to gain the attention of international media for his solid vocals and life story on the reality TV contest Korea's Got Talent (2011), in which he came in second.

Compared with what he has gone through in his life, being an independent musician clearly holds no fears for him.

His debut album, Slowcoach, topped the charts of MelOn, South Korea's largest digital music store, within two weeks of its release in April.

The powerhouse singer rejected the offers he received from recording companies after emerging as runner-up on Korea's Got Talent.

"I really value connecting with my audience. Major recording companies tend to treat me as a product and not an artist with my own colour," says Choi, who performed to raise US$30,000 (S$37,000) to fund his debut album.

But he explains that he does not want to compete with the big-name companies.

"I just want to be a genuine person and I believe people will like the way I am," he says.

"When fans recognise K-pop idols on the streets, they scream and cheer. But when my fans meet me on the streets they cry. Once I met a group of 20 fans in California - they all started to sob. The fans cried during the entire performance. I want to tell my fans please don't cry."

His cheerful demeanour belies an unfortunate childhood. Choi was abandoned at an orphanage at age three, only to run away at age five to escape the bullying there. For the next 10 years, he sold chewing gum in the city of Daejeon to eke out a living.

With no roof over his head, he slept in public toilets and stairwells at night. It was only when he was 17 that a social worker helped him move into government-subsidised housing.

His life took a turn for the better after his music teacher, who gave him free vocal lessons, signed him up for the inaugural season of Korea's Got Talent. A video of him singing British singer Sarah Brightman's Nella Fantasia on the show received more than 120 million views and got him featured on international news outlets such as CNN and ABC.

Since then, Choi has been giving performances all over the world, including in Japan, the United States and Singapore.

While his performance at Resorts World Convention Centre last Saturday was his sixth private engagement here, it is his first time meeting the local media. A Singaporean fan of his, who wishes to remain anonymous, was so moved by his voice and inspiring story that she offered to help put him in touch with Life!.

The interview was a casual one-hour chat, during which no questions were off-limits - unlike typical interviews with K-pop idols which take place under the watchful eyes of hordes of minders.

Now that he has realised his dreams of becoming a professional singer, Choi is giving what little he can to those in need.

The bachelor, who is not dating anyone, says: "I grant wishes of terminally ill patients by buying them what they want or pay the hospital bills of those who are unable to afford it. I can identify with them as I too came from an underprivileged background."