Edison Chen blows up at reporters, but Internet is siding with him this time

He is known as Hong Kong entertainment's bad boy after a high profile 2008 sex photos scandal and brushes with the media, but this time round, the Internet is on his side.

Singer-actor Edison Chen was recently caught on video intimidating a female reporter at Hong Kong airport, and many people are saying she deserved it.

In the four-minute video from news site am730, Edison is seeminglyharassing the young woman, taking photos and videos of the photographers and even questioning her on whether she "had a brain".

Although it was not captured in the video, the actor was said to have howled at reporters when asked about rumours of his girlfriend Chinese model Qin Shupei's pregnancy. 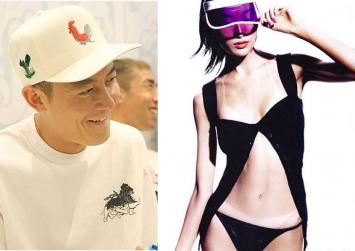 According to a report from Apple Daily in January, Shu, 26, was said to have been seven months pregnant then.

Mingpao reported that the 36-year-old actor, who is currently focused on running his fashion brand CLOT, hurled vulgarities at reporters before leaving the airport with his manager.

By looking at the video, it did seem like the reporters had poked the bear.

Here are some excerpts from the am730 video that was posted on Facebook:

Reporter: Are you here for work or holiday?

Reporter: So will you be staying here for long?

Edison (starts to get annoyed): I don't wish to speak to you, I don't want to scold you, move aside, okay?

Reporter: Can I ask one more question?

Edison (approaches reporter and wags finger at her): You're asking again? I promise you... I promise you! I've given you a chance.

A few minutes later, Edison, who obviously was still angry, takes out his phone and tries to take photos of the reporter.

Edison: You want to shield your face, then don't come out and work. Right, people? I'm human, she's human. You're a reporter? Did you even go to university?

The exchange continues all the way until he steps out of the airport and into the carpark.

Reporters continued to film him until he finally lost it and yelled at them: "Was I not polite when I exited just now? You only show the bad side. Did I not tell you to stop asking questions?"

Before the video ends, an exasperated Edison even invited reporters to follow him into his car to go on a ride together.

Netizens, who left comments on the post, empathised with the actor and even questioned whether it was necessary for reporters to be hounding him that way.

Perhaps it's time to give the poor fella some space, yes?