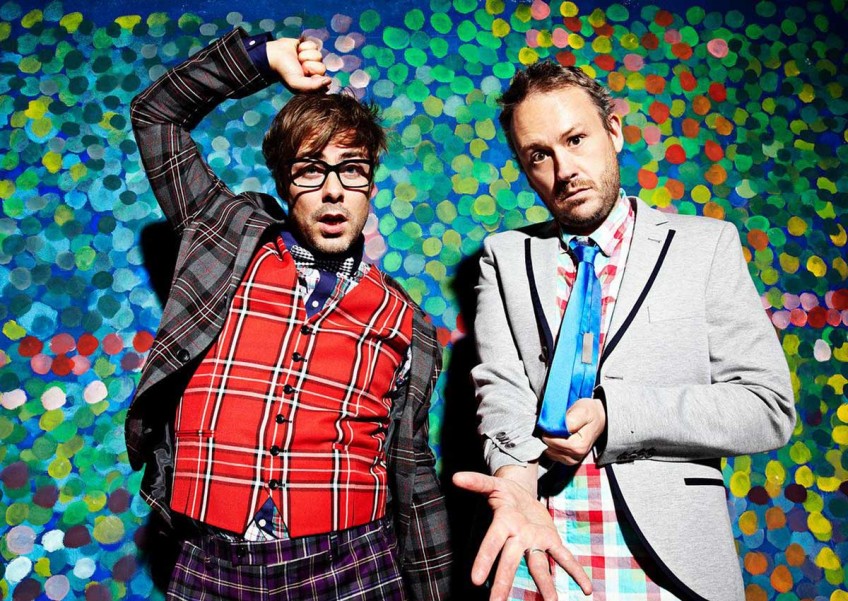 British veterans and Grammy winners Basement Jaxx are one of the top draws at the fourth edition of the Singapore International Jazz Festival (Sing Jazz) at Marina Bay Sands this weekend.

The odd addition of an electronic dance act to the jazz event is not lost on Felix Buxton who, with Simon Ratcliffe, makes up the duo.

"It feels a bit funny, a bit embarrassing. So many great jazz musicians and we're kind of playing stuff for people to dance to," he says in a telephone interview from London.

Basement Jaxx will play a DJ set at The Late Show, a new addition to Sing Jazz which sees a variety of international acts play late-night indoor sets.

The duo are set to go on late on Friday, the first night of the three-day festival, which includes live sets by acts such as fellow Grammy winners Esperanza Spalding and Corinne Bailey Rae at the main stage outdoors.

Buxton is a big jazz fan though, and singles out American saxophonist Pharoah Sanders and Brazilian composer/musician Hermeto Pascoal as some of his favourite performers.

"They're the kind of people I'd want to see, but I know the world has changed and jazz is not what it used to be. Of course, everything has to mutate and evolve. And dance culture has grown and there's a definite crossover."

Formed in 1994, Basement Jaxx rose from underground cult status to being known for some of the biggest dance hits of the last two decades - such as Red Alert (1999) and Where's Your Head At and Romeo (both from 2001).

Their most recent album, 2014's Junto, includes one of their most popular tunes, Never Say Never.

The London duo met in 1993 and immediately bonded over their mutual love for New York house music.

Ratcliffe was already making music in a studio in a friend's mother's basement and, by the following year, they had released their debut recording, an EP titled EP1.

While they initially called themselves Underground Oasis, they soon changed their monicker to Basement Jaxx, the name of a regular series of club nights they had started in nightspots around London.

In 1999, they released their debut album Remedy. Peaking at No.4 on the British charts, it cemented their place as one of the country's top dance artists, eventually winning the Brit Award for Best Dance Act in 2002 and 2004.

Their third album Kish Kash, released in 2003, won Best Dance/ Electronic Album at the Grammys in 2005.

Buxton acknowledges that electronic dance music, or EDM, has since gone mainstream and is now the new pop music.

"That happened with disco and soul music and it's part of the evolution. I feel happy that we were one of the shapers and there are people making a lot more money than we did.

Buxton adds that their DJ set at Sing Jazz will be quite the experience for festivalgoers, "something for the mind, the body and the soul".

"What we do - we try to give it a shape and hopefully lift people up," he says.

"So you're making them not only work their bodies, but also bypass their minds and come to something higher, basically let go of themselves as individuals in the world and, hopefully, if we do really well, then they might touch something divine."