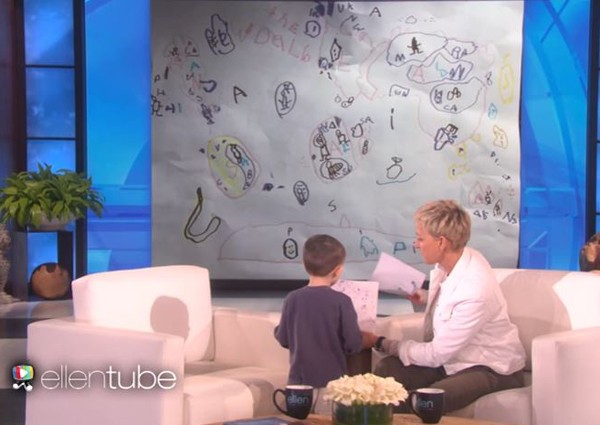 It was supposed to be a cute moment The Ellen DeGeneres Show show is known for. Instead, 5-year-old geography genius Nate Seltzer laid down some hot fire on President Donald Trump.

While answering a gamut of questions from Ellen about his self-drawn world map, he was asked who was standing inside Russia.

And that's when little Nate dropped the big burn: "Trump."

Ok, so the kid's got well-timed jokes. But his actual drawing of Trump is also pretty good because it makes Trump look like a angry bridge troll.

Asked why he added Trump, Nate simply said, "cause he likes Russia."