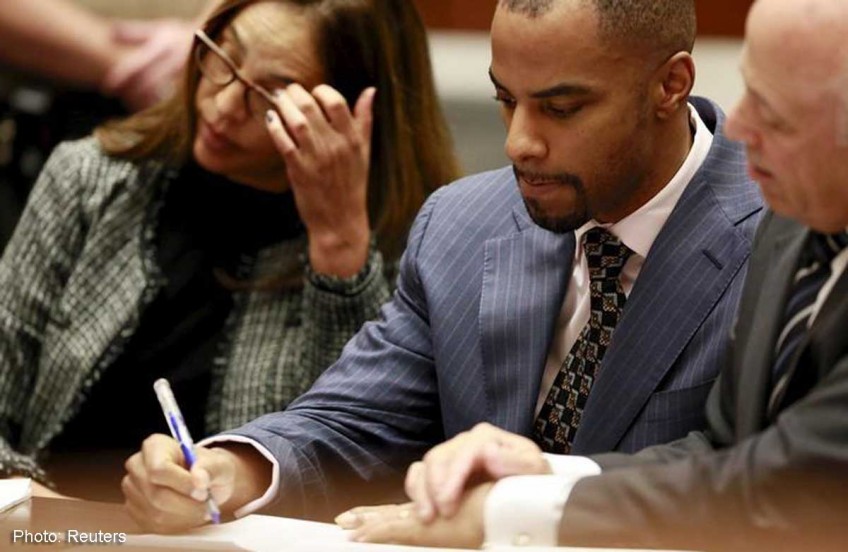 LOS ANGELES - Former NFL star Darren Sharper admitted in court on Monday to drugging and raping women in California and Arizona and was expected to plead guilty in similar Nevada and Louisiana cases in plea deals prosecutors say will land him in prison for at least nine years.

Appearing in Los Angeles County Superior Court, Sharper entered a plea of no-contest, the legal equivalent of guilty, to two counts of rape by use of drugs and four counts of furnishing a controlled substance, the prescription sleep medication Zolpidem, sold under the brand name Ambien.

The charges stem from two occasions in autumn 2013 and early 2014 in which Sharper was accused of picking up two women from a nightclub, spiking their drinks and assaulting one of the women in each case after bringing them back to a hotel room.

The Los Angeles County District Attorney's Office said the five-time Pro Bowl National Football League safety was expected to be sentenced to 20 years in prison under the terms of his plea deal there.

Factoring in his eligibility for parole after serving half his term, and nearly a year's credit for time spent in custody since his arrest, Sharper, 39, would end up behind bars at least nine years before he could win release.

Formal sentencing on the California charges was set for July 15. Prosecutors said all the prison terms he received in various states would be served concurrently in a federal penitentiary.

In Arizona, where Sharper was accused of drugging three suburban Phoenix women and raping two of them in November 2013, he pleaded guilty on Monday to one count of sexual assault and one count of attempted sexual assault. He was immediately sentenced there to nine years in prison with no eligibility for early release, according to prosecutors.

The Arizona plea was entered by teleconference from Los Angeles shortly before his court hearing there.

Sharper was due to appear in court by video conference again on Tuesday in Las Vegas, where he has agreed to plead guilty to attempted sexual assault of two women he was accused of drugging and raping in January 2014. A prosecutor's spokeswoman said the Nevada plea deal called for him to serve three to eight years.

Sharper, who helped the New Orleans Saints win the 2010 Super Bowl, has also been charged with sexually assaulting two women at his New Orleans apartment in September 2013.

Christopher Bowman, assistant district attorney for Orleans Parish, said Sharper had reached a plea deal with prosecutors to settle that case. But Bowman was not at liberty to divulge the details.

Sharper played for the Saints, Green Bay Packers and Minnesota Vikings during a standout 14-year NFL career that ended after the 2010 season. He worked as an on-air analyst for the NFL Network until his arrest in Los Angeles.