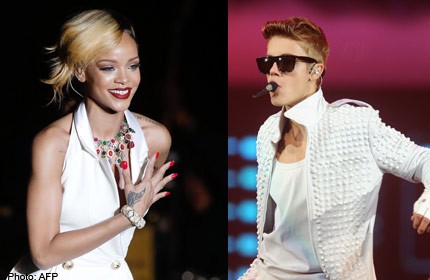 SINGAPORE - Some of the world's biggest pop stars will be descending on our shores for a weekend of merriment at the Padang, as part of the 2013 SingTel Singapore Grand Prix.

From Sept 20 to 23, fans will be treated to a packed roster of pop, rock, K-pop, alternative, indie and everything-in-between music and entertainment acts.

It'll be a hugely manic time, so here are some tips to enjoy it as best you can:

DO: Give K-pop a chance with Big Bang, even if you're not a fan.

The boy band's hiphop and R&B stylings can be appreciated by everyone, which is why they were the first K-pop act to chart on the Billboard 200 in the US with a Korean album (that being last year's Alive).

The quintet then followed up with a world tour that saw thousands of fans chasing them in cities as far flung as Seoul, South Korea, and Lima, Peru.

DON'T: Be late! K-pop bands are famously punctual, so when the boys say they'll be on stage at 11.15pm, you'd better not be in the loo at the same time.

DO: Brush up on your favourite The Killers songs you were hoping to belt out when the US rockers were slated to perform here in 2010. They cancelled then to go on hiatus for personal reasons, but they've made good on their word to come back.

DON'T: Mention The Bravery, The Fray, Fall Out Boy, Green Day or any other band to frontman Brandon Flowers. In the band's 12-year career, they've managed to start feuds with half a dozen other rockers, resulting in threats like "Next time I see (Flowers) I'll have to punch him in the mouth" from folks like The Fray's Isaac Slade.

DO: Immerse yourself in some good old rock 'n' roll courtesy of Irish singer and Live Aid co-founder Geldof, 61, and Welsh hip-wiggler Jones, 73.

Both will be performing earlier in the evening on the weekend, presumably so they can be in bed by a decent time.

DON'T: Throw your panties on stage for Sir Tom. Ask yourself, what would your grandparents think?

To dance, yes, because RiRi - barring whatever else is going on in her personal life - knows how to put on an amazing show.

More importantly, you'll need them for when your feet start aching while waiting for the 25-year-old Barbadian pop star to turn up late for her own concert, because she almost always is.

DON'T: Throw things at her (or anyone) on stage.

She will chew you out, the way she did fans who tossed chips at her during her concert in Manchester in July after she was, well, late.

"There's a good crazy and there's a bad crazy," she said onstage. "When you throw s*** up here, that's an epic fail ... I want to get you to dance but I don't want you to knock my people out. Really, chips? Chips though?!"

DO: Anything you can, really, to be picked to be Bieber's OLLG (One Less Lonely Girl) - also known as the luckiest girl in the world for about four minutes while he serenades you on stage with that song.

Also, remember to come early to check out the infectious pop tunes of US one-man electronic pop act Owl City, who precedes Bieber.

You'll remember the 27-year-old, whose real name is Adam Young, for tunes like Fireflies and Vanilla Twilight.

DON'T: Slip Bieber your number while you're on stage, because he'll announce it to the whole world, as he did to a fan in London last year!

Also, don't give him edible gifts.

The Canadian pop star, 19, has had problems keeping things down on stage - he puked twice so far on the Believe tour and we don't need any "Merlion-ing" from him at the Padang.

DO: Give some love to the great homegrown acts that will be entertaining F1 fans throughout the weekend.