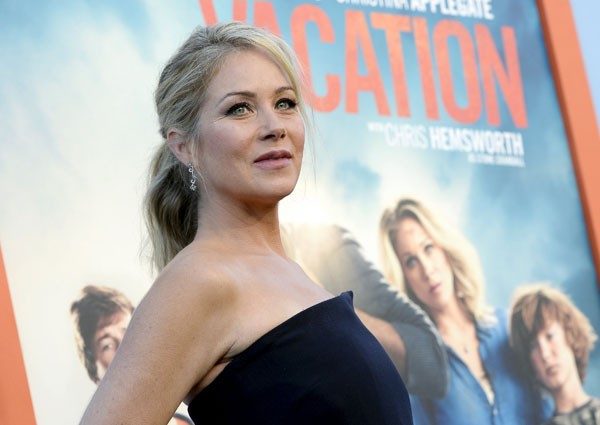 The 43-year-old was a child actress who made her big-screen debut when she was just seven, in the 1979 film Jaws Of Satan.

But it was playing the ditzy, sexually promiscuous teenager Kelly Bundy in the long-running TV series Married With Children that gradually put Applegate in the spotlight.

She told Fox News: "I wanted to give Debbie an interesting backstory and some edge, make her a modern mum. The women I know, who are my age, talk differently than our mothers. We behave differently and parent differently. We all have been to the bottom and back."

Applegate, whose parents were divorced, didn't take any vacations with her mum while growing up. So she cherishes the time she has with her four-year-old daughter Sadie.

She told Boston Herald: "We go to New York a lot and see Broadway shows. Sadie loves Manhattan. We don't take cabs, we ride the subways like real people do."

En route to Walley World, the Griswolds make a detour for a white-water rafting adventure, an experience that freaked Applegate out.

"There was an element of fear for me there. If you fall out of the boat, you're gone, you could drown," she told Fox News.

"When we were in that raft and the water was pushing it, I really felt... I almost fell out a couple of times."

Applegate says she's not a risk-taker and doesn't take life for granted since she was diagnosed with breast cancer seven years ago. Although cancer was found in only one breast, she underwent a double mastectomy in 2008. Her mother had already battled breast cancer.

"The diagnosis changed me for a while. Now I'm just living life, living my life," she told People magazine.

This article was first published on August 5, 2015.
Get The New Paper for more stories.