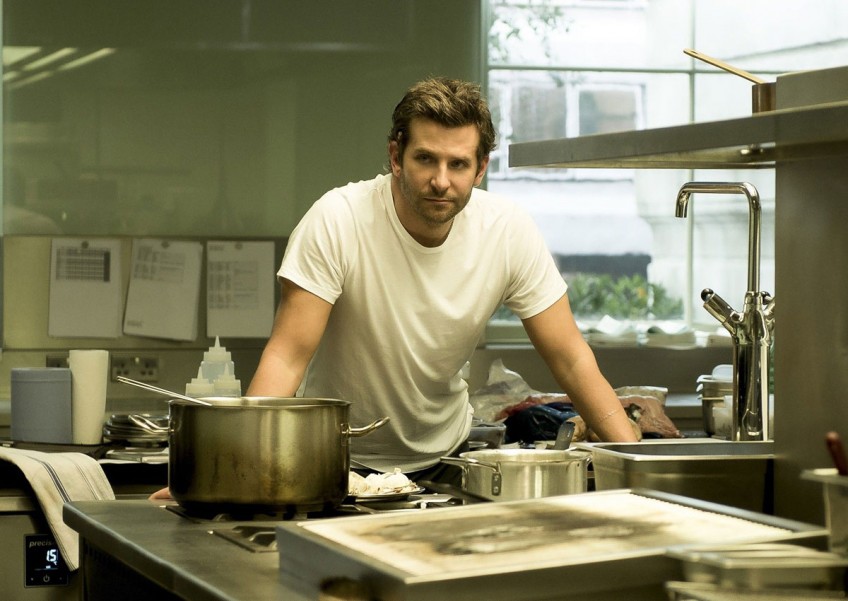 We've all heard the tale: person works hard, person makes it, person takes success for granted, person becomes a burnout, person struggles to rekindle his or her dream. It's especially become a staple for films - basically every boxing film ever made - which makes it that much harder for such films to be different.

Indeed, John Wells' Burnt, revolves around Adam Jones (Bradley Cooper), a rockstar chef based in London whose predilection for alcohol and good times got in the way of his career, which resulted in him doing some very bad things to the people closest to him.

Now, three years later, he is sober and trying to get that third Michelin star that has eluded him thus far. He proceeds to make amends with Tony (Daniel Brühl), who manages the restaurant at the prestigious Langham Hotel, and chef, Michel (Omar Sy). Along the way, he assembes a cracking team, which includes Helene (Sienna Miller) and David (Sam Keeley), to reclaim some of his old culinary glory.

As the film is rightfully obsessed with food, I have decided to review the film as the very multi-course, Michelin star-aspiring meals that it venerates at every turn.

Appetisers, as we all know, are the gateway to either gastronomical greatness or failure. Appropriately, the food featured in Burnt is what keys us into the many nuances of Stephen Knight's screenplay (based on a story by writer Michael Kalesniko) - be it the characterisation or the dynamics of the team.

While the food is sophisticated, Wells does a serviceable job of featuring the dishes in accessibly delectable ways - even if the dishes aren't always explained. Besides in this age of Instagram, who needs explanations? The mere visuals are enough.

Well, that would be the acting. Cooper, who has been on a successful box office streak as of late, manages to anchor an ensemble of actors all working to serve the story.

The degree of difficulty is apparent, with Cooper tapping into his impressive French language skills. He manages to successfully trace his character's backstory without giving in to unwarranted histrionics. His low-key scenes with Emma Thompson, who plays Jones' therapist, Dr. Rosshilde, are especially good.

The rest of the ensemble are good in roles that achieve exactly what they were written to achieve. However, this is Cooper's show through and through, and he lends it enough magnetism to make Burnt an entertaining experience.

The film could have taken place outdoors for its entire duration and there still wouldn't be enough shots of the great cityscape. As it is however, as all desserts aim to do, Adriano Goldman's cinematography leaves us wanting more of London's skyline, and the hipster-adjacent food trucks that populate the city.

In all, Burnt doesn't exactly reinvent the wheel - skewing closely to a traditionalist approach with regard to its narrative.

Verdict: Burnt isn't the Michelin-starred Oscar prestige project that some were expecting it would be. Instead, it is the microwaved mac and cheese you eat in your sweats after having said Michelin-food because it just wasn't filling enough. In other words, Burnt is pure popcorn entertainment - and sometimes, that is all one needs.

Burnt opens in cinemas on Oct 29.

Check out other movies that are opening on Oct 29 here.