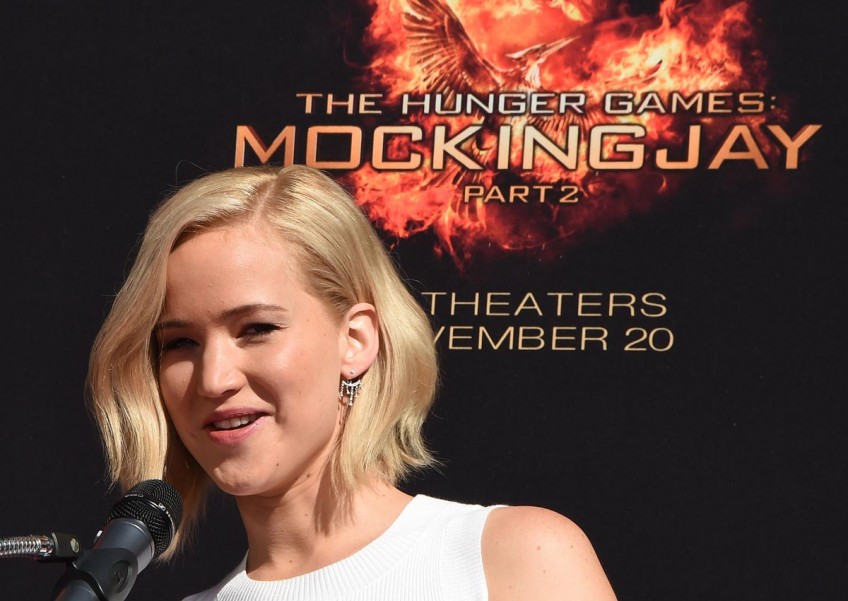 Los Angeles - The fourth and final film in the blockbuster "Hunger Games" series - a dystopian fantasy saga that turned Jennifer Lawrence into a Hollywood mega-star - hits the big screen this week and is expected to catch fire at the box office.

"The Hunger Games: Mockingjay - Part 2" will bring to a close one of the biggest franchises in Hollywood, which has already grossed more than $2.2 billion worldwide, according to Lionsgate, the studio that produced the films.

The films, based on a best-selling trilogy of young adult novels by Suzanne Collins, tells the story of Katniss Everdeen (Lawrence), the teenage heroine pitched into a deadly battle for survival in the macabre post-apocalyptic kingdom of Panem.

Lawrence - who at 25 is already an Oscar winner and the world's highest paid actress - recently told reporters in Los Angeles that she found it "bizarre" to be bidding farewell to the character that catapulted her to fame.

"I think it will be pretty bizarre when the movie is finally out and... everything is officially done," said Lawrence, who took home a best actress Academy Award in 2013 for her performance in "Silver Linings Playbook."

"This movie has been my life for so many years."

"Mockingjay - Part 2" opens in several countries in Europe, Latin America, Asia and the Middle East on Wednesday, and in the United States on Friday.

After battling twice for her life in the "Hunger Games," a reality TV-style fight to the death, Katniss is now leading rebel forces in a fight to destroy Panem's totalitarian ruler President Snow.

Jeff Bock, of the box office tracker Exhibitor Relations, said he expects the movie to rake in $800 million worldwide -- a massive figure but less than the $865 million earned by "Catching Fire," the second and most successful film in the series so far.

Hollywood veteran Donald Sutherland, who plays the tyrannical Snow, said he hopes "The Hunger Games" will give youngsters the world over hope for the future.

"The intent of this -- for Suzanne Collins, for me, everyone actually who was involved in this project -- is that it would be a catalyst for young people all over the world, everywhere," Sutherland said at the film's world premiere in Berlin earlier this month.

"That they would see in it their doom, and the possibility for a decent future."

The premiere of the film in Los Angeles on Monday was scaled back in the wake of the terror attacks in Paris, with no interviews scheduled after the screening.

"Out of respect for the very recent events in Paris, we have decided to modify our red carpet and we will not conduct interviews at Monday's 'Mockingjay 2' premiere," Lionsgate said in a statement.

"We will proceed with the rest of the event as planned in honour of the incredible fans who have always supported our films with such passion."

Parts of the final instalment of the series were shot in Paris and Berlin.

Also appearing in the final film are Lawrence's co-stars from the start, Liam Hemsworth and Josh Hutcherson, as well as Oscar winner Julianne Moore, Woody Harrelson and the late Philip Seymour Hoffman in his final screen role.

In the German capital this month, Lawrence said she was inspired by Katniss, known as the "Girl on Fire."

"She is kind, she is ruthless, she is independent-minded. She is strong but merciful," Lawrence told reporters.

"I wish that I could have a percentage of her courage and thoughtfulness. She inspires me in every way."