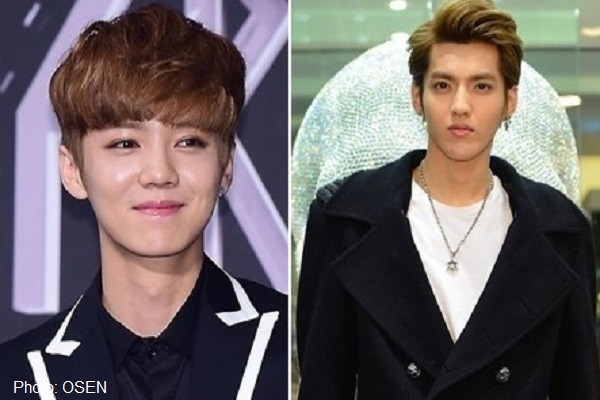 Former EXO members Luhan and Kris, who filed lawsuits against their label SM Entertainment, will sit down to seek a compromise before their legal battle against the agency begins.

According to sources in the law industry, the Chinese idols will appear at the Seoul Central District Court on Jan. 16.

Kris and Luhan waged a legal battle against SM in May and October, respectively, demanding their contracts be nullified.

After the complaints were filed by the idols, the Seoul Central District Court decided to send the cases to an arbitration panel for them to discuss the disputed issue more casually with SM in the presence of judges to reach an agreement before the lawsuit begins.

Kris will have the third mediation meeting at 10:20 a.m. on Jan. 16 with SM at the court after failing to reach an agreement twice. The meeting between SM and Luhan will take place at 11 a.m. the same day.

At the upcoming mediation meetings, the pair will try to adjust conflicting views with the nation's largest talent agency on the exclusive contract they signed in 2010 to debut as a member of Korean-Chinese idol band EXO.

Kris cited tight schedules, unjust distribution of profit and exploitation of basic human rights as the reasons behind their decision to fight SM, while Luhan claimed that SM unfairly discriminated EXO-K against EXO-M.

SM, on the other hand, said that it was very "perplexed" at the EXO members' legal actions and speculated that the decision resulted from the two putting personal gains first after attracting some spotlight as members of EXO.